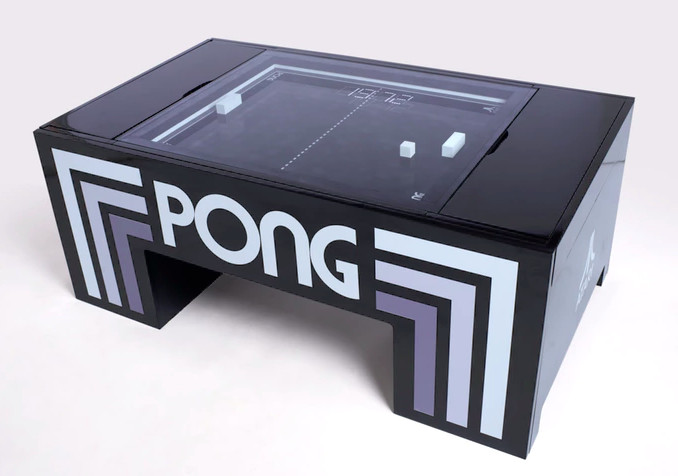 If you've been wanting that perfect piece of unique retro furniture for your space, this mechanical Pong table on Kickstarter might just be the thing for you.

In the past, there have been a countless number of Pong recreations, but the offering above takes it to another level. Creator Daniel Perdomo and his team have built a coffee table that also houses a mechanical iteration of the Atari favorite, Pong. While the original featured on-screen digital paddles and a ball that went from one side of the screen to the other, the mechanical version uses physical pieces that glide with the help of magnets.

The table isn't purely limited to just playing the game as it can also be used to charge USB devices, play audio via Bluetooth, and will even display a clock on the table surface when not in use.

If interested, you can head to the Kickstarter link in the source below, where you can pledge $1,100 for a table of your own. At this stage, the campaign is about $15,000 away from completing its goal, which will close in four days. Naturally, a successful campaign does not guarantee a product coming to market but if all goes according to plan, the table will start reaching backers starting in December.

Source: Kickstarter via The Verge | Video via Daniel Perdomo