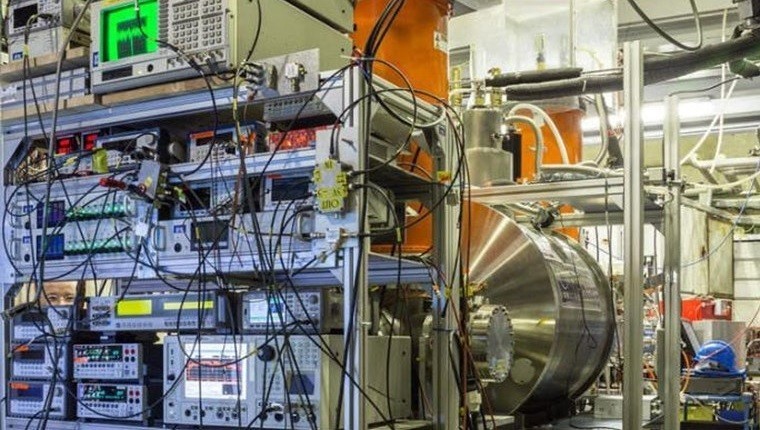 Should our universe exist?

It seems absurd, but based on current scientific data, physicists have concluded that our universe should not exist. This conclusion comes from newly obtained results from the measurement of the magnetic moment of an antiproton. The magnetic moment of a particle is responsible for how it interacts with magnetic fields, while an antiproton is the proton’s antimatter equivalent particle.

Physicists from the Baryon–Antibaryon Symmetry Experiment (BASE) at CERN were responsible for measuring the magnetic moment of the antiproton with up to nine significant digits, obtaining the value of −2.7928473441 μN, where μN is a constant called the nuclear magneton. Interestingly, except for the negative sign, this is the exact same value obtained for the measurement of the magnetic moment of the proton, which was achieved by the same team of physicists back in 2014.

All of our observations find a complete symmetry between matter and antimatter, which is why the universe should not actually exist. An asymmetry must exist here somewhere, but we simply do not understand where the difference is.

This recent measurement of the magnetic moment of the antiproton is a major milestone not only because it was never done before, but also because of the difficulty imposed by the experimental methods applied. To isolate antiprotons, the team had to use a combination of two Penning traps, a kind of device that employs magnetic and electric fields to contain a material. This was necessary because no physical container can hold antimatter, which would instantly react with it, and only one Penning trap would reduce the antimatter’s lifetime.

Now, the scientific community is waiting for results from another CERN team, from the Antihydrogen Laser Physics Apparatus (ALPHA) experiment. This team last year probed an antihydrogen atom with light only to find no difference between it and the hydrogen atom. But this time, the ALPHA team is studying the effects of gravity on antimatter. Would antimatter ‘fall up’ or, again, ‘fall down’ as the common matter? 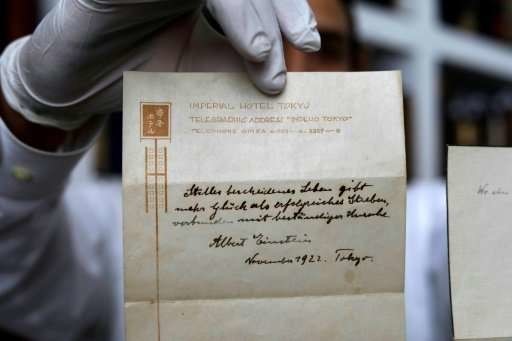 It was 1922 when Albert Einstein, already aware that he was to receive the Nobel Prize for physics, gifted two notes to a courier in Tokyo. The physicist, who was already famous for his theory of relativity, was in Japan on a lecture tour, staying at the Imperial Hotel in Tokyo.

One of the notes, on the stationery of the Imperial Hotel, stated what is being called Einstein’s theory of happy living, in which he wrote that "a quiet and modest life brings more joy than a pursuit of success bound with constant unrest”. The other note, on an otherwise blank piece of paper, simply reads: "where there's a will, there's a way”.

Both notes were put to auction by a relative of the messenger, who added that Einstein didn't want the messenger to leave empty-handed, even though that was the local practice, and told him that "maybe, if you're lucky, those notes will become much more valuable than just a regular tip".

"I am really happy that there are people out there who are still interested in science and history and timeless deliveries in a world which is developing so fast."

Both notes were previously unknown to researchers, and even though none of them carry any sort of scientific value, they can help us understand the private thoughts of one of the most important scientists in our history.