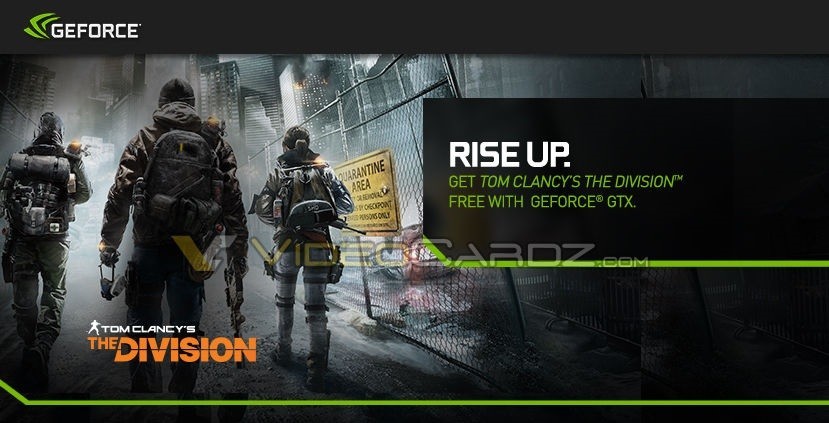 Ubisoft and NVIDIA look set to team up as part of a new promotion to giveaway free PC copies of Tom Clancy's The Division. An image posted on VideoCardz.com shows customers who purchase a desktop GeForce GTX 970, GTX 980, GTX 980 Ti graphics card, or a notebook with a GTX 970M or GTX 980M, will be eligible for a free download key.

The giveaway is expected to begin sometime this week to coincide with the game's brief open beta, though the precise start date was not given. Furthermore it remains unknown which regions or retailers will be included in the promotion. 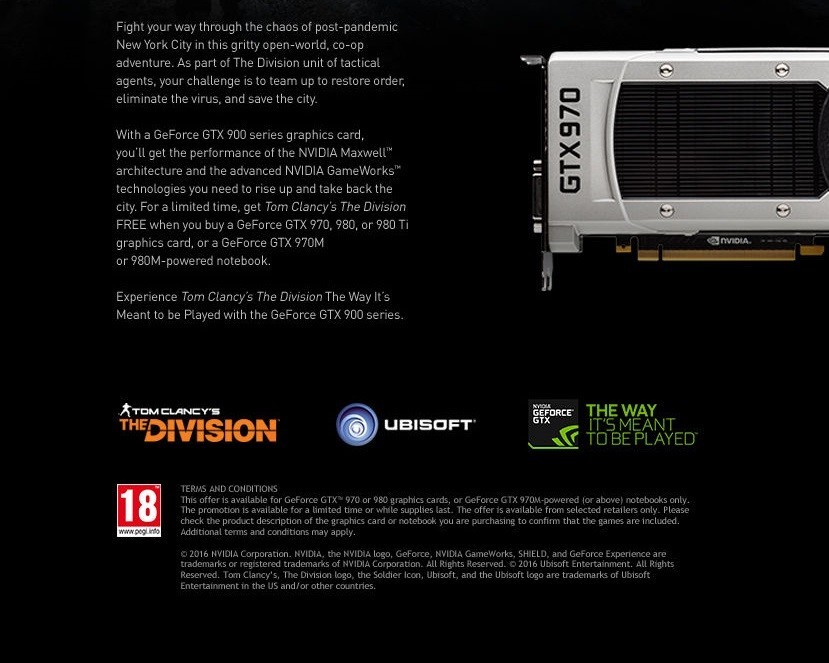 The Division's open beta is scheduled to start later this week on February 19 for PC and PS4; with Xbox One players having an exclusive 24 hour head start beginning February 18. The open beta closes February 21.

The giveaway is expected to displace NVIDIA's current free game promotion for Rise of the Tomb Raider to purchasers of the same high-end GeForce cards. Like that offer, it's The Division giveaway will continue for the vaguely defined, "limited time or while supplies last".

Tom Clancy's The Division is due to be released March 8.