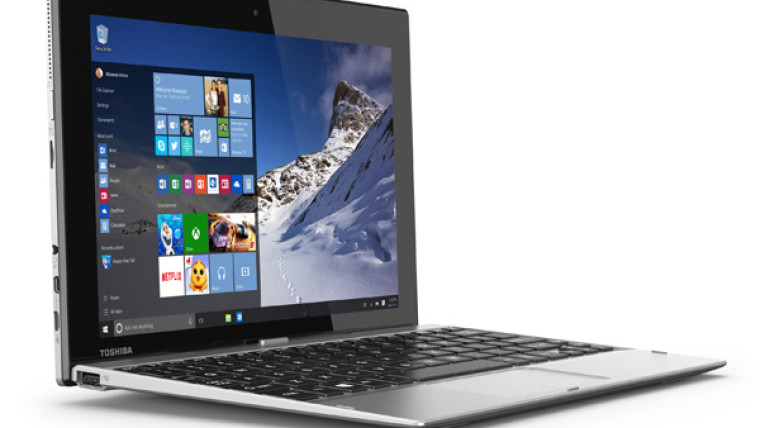 Toshiba has introduced their Satellite Click 10, a convertible Windows 10 tablet/laptop with a budget price: $349 US for the 32GB model and $369 to bump the storage to 64GB of eMMC. The machine is built on the mid-tier SoC from Intel’s newest Cherry Trail Atom line, the x5-Z8300, so performance should be slightly lower than Microsoft’s Surface 3 tablet, and significantly below the Surface Pro line and competing Core M, i3, i5, and i7 based devices.

The convertible is advertised with the following specs 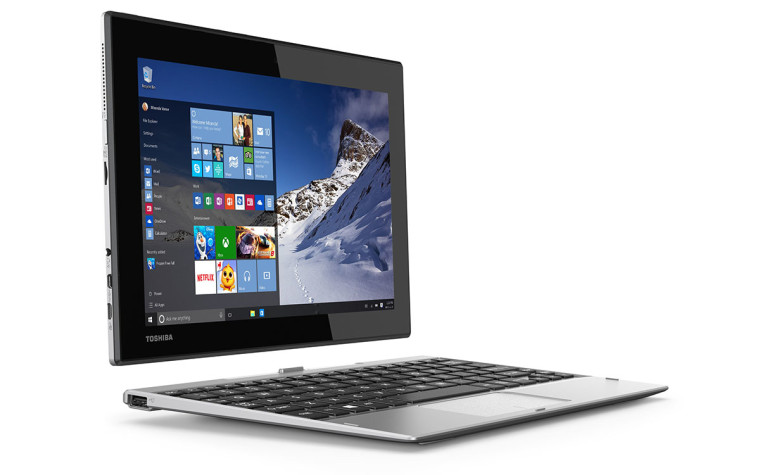 The sales sheet goes on to confirm that the device has a 10.1” 1920x1200 LED backlit display and stereo speakers, which are both a nice spec bump from the previous generation of budget-oriented devices. With the efficiency improvements brought about by Windows 10, as well as the modern graphics included in Intel’s newest Atoms, this should be a healthy upgrade from the previous generation of Bay Trail Atom Z3735 based Windows tablets.