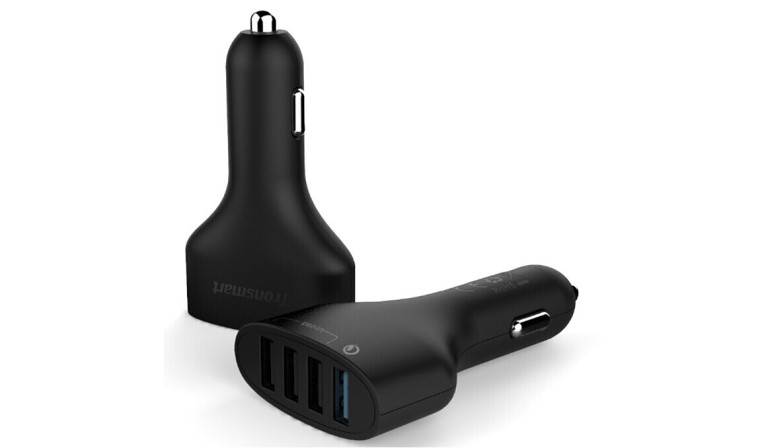 Long gone are the early days of car chargers that output 2A being regarded as high-end: in 2015, with a number of different SoC manufacturers developing different types of quick-charge technology, our devices can take in an ever-growing amount of wattage and charge bigger batteries much faster than charging smaller batteries before. It's also no longer about having one port either: not only do most members of the family have smartphones, but at least one of them usually has a tablet as well. Tronsmart believes their latest product will be able to address both of these concerns. 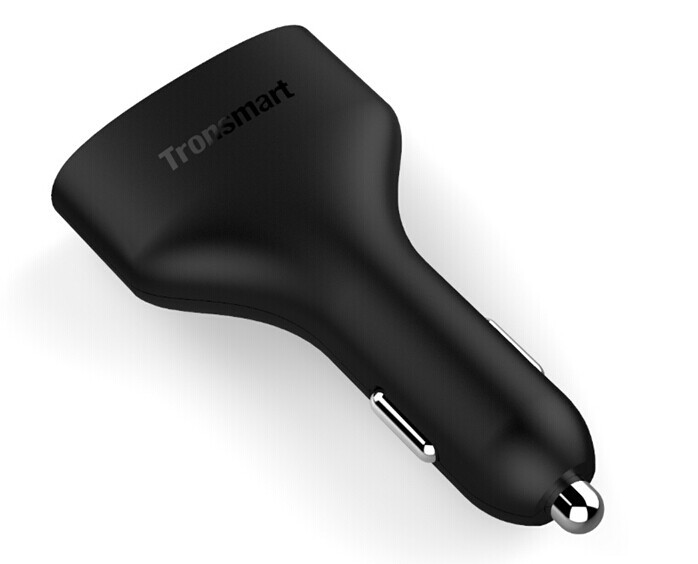 Tronsmart's latest car charger -- which as yet seems to be unnamed -- has four-ports with one port providing support for Qualcomm's Quick Charge 2.0 technology, and the other three ports supporting standard charging. All ports have Tronsmart's proprietary VoltIQ technology automatically adjusts amperage and wattage to the maximum ratio required by the device, so that more current-hungry devices are not starved and less current-hungry devices are not over-allocated resources. Across the four ports there is a total of 54W available, making it the world's most powerful. Even their desktop products, like the recently reviewed Tronsmart USB Smart Charger, only provides 40W maximum.

Tronsmart are fairly confident that their new charger will end up on Qualcomm's "recommended" list, and based on that enthusiasm it suggests that it might truly be delivering what it's promising.