A new effort to create a centralized platform for Software-Defined Networking (SDN) has the support of many major technology companies. The Linux Foundation made the announcement, called the OpenDaylight Project, and Microsoft announced their membership at the Microsoft Management Summit keynote address. 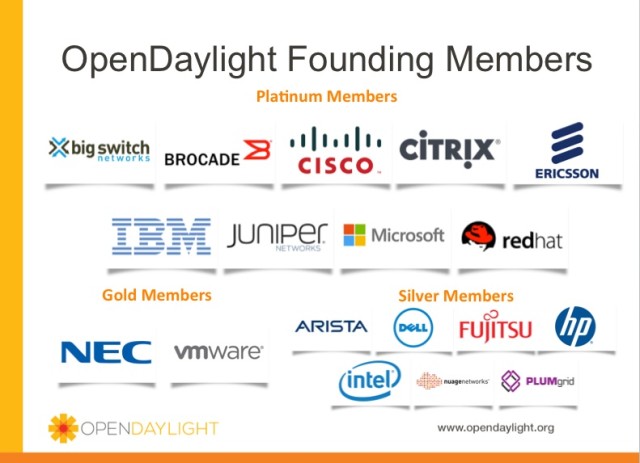 The project posted a press release this morning, announcing the new initiative. Brad Anderson, who gave the keynote this morning, stated the following:

Microsoft is pleased to be a member of the OpenDaylight Project and to work with industry leaders to create a common framework and platform for SDN. The OpenDaylight Project aligns with Microsoft’s commitment to open standards-based development and enables the industry to benefit from Microsoft’s deep experience running global, large-scale datacenters and delivering flexible, elastic cloud-scale services.

SDN won't be a technology that end users touch. Instead, it's a way to continue the growth of virtualization by creating another layer of abstraction. It will allow network admins to assign services as opposed to network interfaces. Conceptually, it's along the lines of a VLAN, but without the complexity in management. It also will hopefully allow management between clouds, allowing admins to move a service from one data center to another, or perhaps from their datacenter to a service like Azure, all transparently to the user. The concept that, once realized, should be able to provide a vendor agnostic solution and will make administration that much easier.

Microsoft is a "platinum member" of the OpenDaylight Project, alongside other companies such as Red Hat, IBM, Cisco and more. Gold members include NEC and VMWare, and Silver member companies include Dell, HP, and Intel. You can get more information on the project in the video below.

The first code from the project is expected to be released in the third quarter of 2013 and will include pieces such as a controller, a virtual overlay network, and switch device enhancements.