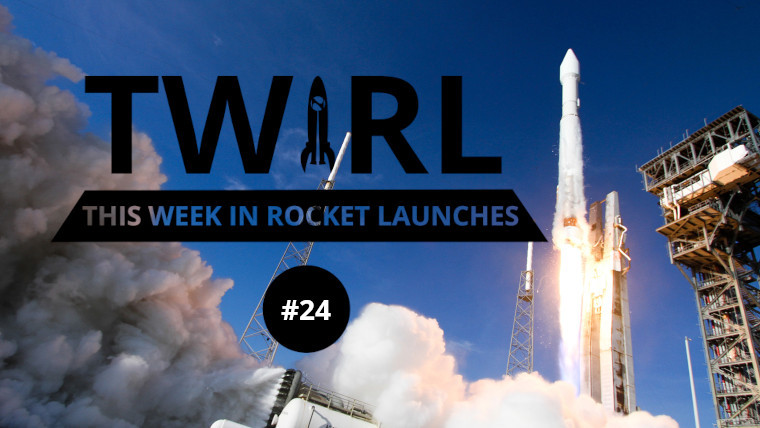 Following several weeks of billionaires launching themselves into space, we have a quieter week with just two confirmed launches. The first launch comes from the United Launch Alliance which will send its CST-100 Starliner on an uncrewed mission to the International Space Station (ISS) and the launch of a communications satellite called Zhongxing 2E from China.

The first launch of the week comes from the United Launch Alliance (ULA) where an Atlas V rocket will launch the second CST-100 Starliner on a second uncrewed Orbital Flight Test (OFT-2) to the ISS as part of NASA’s commercial crew program. While the craft won’t be delivering humans to the ISS, it will be carrying 345kg of cargo for the astronauts already aboard. The CST-100 Starliner is expected to stay in space for five to 10 days before making its way back to Earth where it’s due to land in the Western United States. ULA did attempt this launch last Friday but it seems to have been delayed, the live stream link for the event remains the same as last week. The launch is expected at 5:20 p.m. UTC.

One of China’s Long March CZ-3B/E is set to launch the Zhongxing 2E communications satellite into orbit on Friday from the Xichang Satellite Launch Center. The technical details of this satellite are not known but its relation to other satellites suggests that it will be able to deliver secure voice and data communications to ground terminals. It could also feature advanced multiple steerable spot beam antenna technology so that ground users can communicate while they’re on the go. A stream for this launch isn’t likely. Its launch is slated for 3:00 p.m. UTC.

We were treated to several launches last week, the first was a Long March 2D carrying the Tianhui 1D satellite for the Hangtian Dongfanghond Weixing Corporation and the Chinese Academy of Space Technology for performing remote image sensing.

The final launch was an Ariane 5 ECA+ carrying the Star One D2 and Eutelsat Quantum communications into orbit. The Star One D2 satellite is owned by Embratel Star One, a Brazilian telecoms firm. The satellite will deliver telecommunications, direct-to-home television services, and fast broadband across parts of the Americas.