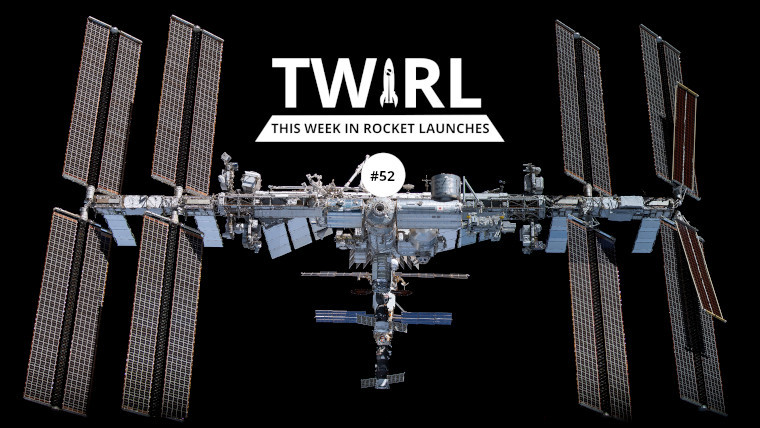 We’ve had a slow start to the year for rocket launches so far but for the end of TWIRL’s first year, the schedule is cram-packed. Russia, India, SpaceX, and two other private companies all have launches this week with Russia’s launch being the most interesting as it’ll be sending cargo up to the International Space Station.

The first launch of the week will take off from India. The Polar Satellite Launch Vehicle (PSLV) will carry the EOS 4 radar Earth observation satellite for the Indian Space Research Organisation (ISRO). The mission is called PSLV-C52 and is due for launch at 12:29 a.m. UTC from Sriharikota. ISRO will be streaming the event on YouTube.

The second launch will be Russia’s Soyuz 2.1a carrying a Progress cargo ship to the International Space Station (ISS). Once docked, the crew on the ISS will be able to get the resources off the cargo ship. The compartment will stay attached to the ISS for up to 370 days. The rocket is due for launch at 4:25 a.m. UTC.

Next up, Northop Grumman will launch an Antares rocket from Wallops Island in the U.S. It will be carrying a cargo freighter to the ISS for NASA. The mission is known as NG-17 and will launch at 5:39 p.m. UTC. The mission will most likely be streamed on NASA’s YouTube channel on the day but if not be sure to check out next week’s recap.

There will be two launches within half-hour of each other on Sunday. The first launch will be Astra Space’s Rocket 3.3. Unusually, it will be carrying a payload that won’t disconnect from the rocket. The S4 Crossover payload will obtain flight heritage testing for a prototype payload host platform. You’ll be able to watch the event from Astra Space’s livestream page at 2:30 p.m. UTC when the rocket launches.

The second launch on Sunday, and the last one for the week, will be performed by SpaceX. A Falcon 9 rocket will be used to launch 49 Starlink satellites into a polar low Earth orbit where they will beam internet connectivity back to Earth. These new satellites will help the company make up for the 40 satellites it lost recently due to a geomagnetic storm that hit them just a day after launch. This launch will be available on SpaceX’s website and YouTube channel from 3:00 p.m. UTC.

The first launch we have from last week took place on Thursday. Arianespace orbited 34 OneWeb satellites which beam internet back to Earth.

Finally, here’s a 5-minute summary version of a presentation delivered by SpaceX about the current state of Starship.