It's Saturday, which means that it's time yet again to walk through all of the important things that happened in the Microsoft-verse in the past few days. This was one of the busiest weeks so far in terms of news and we had items related to Internet Explorer, Microsoft Edge, Windows 11, app previews, and leaks flowing in consistently. Without further ado, check out our weekly digest for July 30 - August 5!

The return of Internet Explorer

Internet Explorer (IE) is dead and isn't even supposed to be bundled in Windows 11. However, some internet sleuths managed to find it within the depths of Microsoft's latest operating system. It turns out that the GUI for IE still exists in Windows 11 and can be triggered pretty easily. Heck, you can even set a shortcut for it. Interestingly, Microsoft has remained silent on the matter even though there was a clear public perception prior to this week that Windows 11 is the first version of the OS that comes without IE bundled.

But coming over to Microsoft's latest browser, Edge received a few noteworthy updates as well. Edge Dev 105.0.1336.2 introduced Narrator, a new management policy, and a bunch of performance improvements. The company also enabled Enhanced Security mode (previously Super Duper Secure Mode) by default in Edge 104.0.1293.44 Beta and then quickly rolled out the configuration with a new Basic option for everyone in Edge Stable via version 104.0.1293.47.

Talking about browsers in general, Edge is inching closer to 11% of the desktop market share. This is obviously still far behind Chrome's current share of 66.19%, but it's a start. Meanwhile, DuckDuckGo has now committed to blocking Microsoft scripts in its browser and extensions. Microsoft has also stated that it won't profile users from DuckDuckGo on ad clicks, even though advertising on the site is done in partnership with Microsoft.

Microsoft rolled out Windows 11 Dev Channel build 25174 this week. Most notably, this build introduces the Game Pass widget so that you can get a sneak peek at new arrivals, imminent departures, and more. There are a bunch of bug fixes for File Explorer, Settings, and Taskbar, as well as a lengthy list of known issues. A servicing build 25174.1010 (KB5017214) was also released yesterday.

There were a couple of interesting things about build 25174 too. While it could be due to a bug but there are hints that Microsoft is changing the icons in the Shut Down dialog box. In a similar vein, some Windows 11 users managed to trigger a floating rounded Taskbar. However, Microsoft later pointed out that this is a bug, much to the disappointment of many.

On the other hand, the Beta Channel received builds 22621.450 and 22622.450. As usual, the former has new features disabled by default while the latter has them on. Some improvements have been made to File Explorer but there are various known issues too. Since we are talking about issues, Microsoft has also resolved a display bug affecting the input indicator and language bar in Windows 10.

Coming over to the security side of Windows, Nvidia has released version 473.81 of its GeForce driver. This is also being made available to unsupported Windows 7 and Windows 8 systems since it patches some important security issues. Meanwhile, Smart App Control (SAC) in Windows 11 can now block LNK, ISO, RAR, IMG, VHD, and VHDX files, among others.

We have a lot of ground to cover in this section so I'll try to keep it brief. We'll start off with Microsoft PowerToys - which still hasn't hit version 1.0 - netting a couple of updates. Version 0.61.0 brought quality of life improvements for Always on Top, FancyZones, and PowerToys Run. Meanwhile, version 0.61.1 was only a small release to patch a couple of issues.

Additionally, Windows Subsystem for Linux (WSL) received version 0.65.1, which introduced a number of changes and is available for all Windows Insiders. On the other hand, Windows Subsystem for Android (WSA) August's update brought input compatibility in apps such as games, networking and windowing improvements, and reliability updates. Windows Package Manager (Winget) was updated to version 1.3 too and it was a pretty significant update that added the ability to display installation notes, verbose logs, new settings, and more.

On the Microsoft 365 side, Microsoft has started rolling out a new Teams client that natively runs on Apple Silicon, which is good news for Mac users looking for performance improvements. The collaboration app is also getting a Video clip feature so you can create and send short video messages. Furthermore, Word on the web has received a Review mode which basically gives no editing rights, but allows reviewers to read documents and leave feedback.

Similarly, Office Insiders in the Beta Channel on Windows and the web can now try out dictation in OneNote. Meanwhile, Surface customers will be happy to know that the Surface app has been updated with lots of new features that can be tried out now.

Interestingly, Microsoft started rolling out Outlook Lite for select emerging countries as well. The app just weighs in at 5MB and packs core functionalities of the email client. In a similar vein, the company's cloud-powered video-editing service Clipchamp has ditched its complicated pricing plans in favor of a free plan and a premium one that costs $11.99/month.

Some more details about Microsoft's "Designer" - codenamed "Oasis" - tool have leaked as well. It seems like it will be a successor to Sway and will empower users to create new designs for social media and marketing posts with the help of AI.

Finally, if you use Rufus, you should know that version 3.20 is out. It adds the option for automatic account creation and the ability to copy regional settings from the current Windows installation.

We will kick off our gaming section by drawing your attention to Sea of Thieves' highly anticipated Season 7, which is now live. It introduces players to new captaincy and ship-owning features, battle passes, cosmetic items, challenges, and a lot of quality of life improvements.

And if you're wondering how Sony is sitting quietly about the ongoing acquisition of Activision Blizzard by Microsoft, it turns out that this is absolutely not the case. In some recent filings that have been made public, Sony has emphasized the importance of Call of Duty, the potential of it being a Microsoft exclusive, and implied that the latter would cause players to ditch PlayStation. Of course, the jury is still out on whether the acquisition will eventually go through or not.

Microsoft, on the other hand, has other areas of focus though. The company has emphasized that even though its gaming business is rooted in Xbox, its future growth lies beyond the console, and gravitates more towards Xbox Cloud Gaming. To that end, it has also fixed some issues in the Xbox App for Windows which caused some UI freezes during Xbox Cloud Gaming. And since we are talking about platforms, those who keep track of things like this should know that Windows 11's market share on Steam has dipped for the first time since its release.

The Redmond tech giant has also started testing a family plan for Xbox Game Pass Ultimate in Ireland and Colombia. It allows people to share the full benefits of the subscription with up to four other users at a price of $25/month. Microsoft's global rollout plans for the new plan are still a bit unclear.

Since we are on to the topic of game subscriptions and the value they bring, it's also time to talk about Ghost Recon Wildlands, Shenzhen IO, Cooking Simulator, and more heading to Xbox Game Pass this month. In a similar vein, Calico and Saints Row 2 are now free through Games with Gold while Batman and Anthem headline this week's Deals with Gold. Don't forget the latest Xbox Free Play Days promotion either, currently sporting Far Cry 6, The Serpent Rogue, and Roguebook.

Coming over to the hardware side, Microsoft has revealed that it has freed up "hundreds of additional megabytes" in the Xbox Series S for developers to play around with, which means that games can now take advantage of more memory. Oh, and there's also a weird "singing" Xbox controller that you can win via a lucky draw of sorts.

Finally, don't forget to take a gander at this weekend's PC game deals, collected in handy lists by our News Editor Pulasthi Ariyasinghe.

As he does every week, forum member Adam Bottjen - better known as Warwagon - wrote a handy and brief Tech Tip Tuesday guide about how you can print to PDF.

Adam also authored a guide about how you can create a shortcut to launch Internet Explorer in Windows 11 because he likes to watch the world burn.

Next, we have a write-up from News Reporter Taras Buria about which browser is the best in terms of efficiency on Windows. If this is something you are curious about, check out Taras' thoughts here. 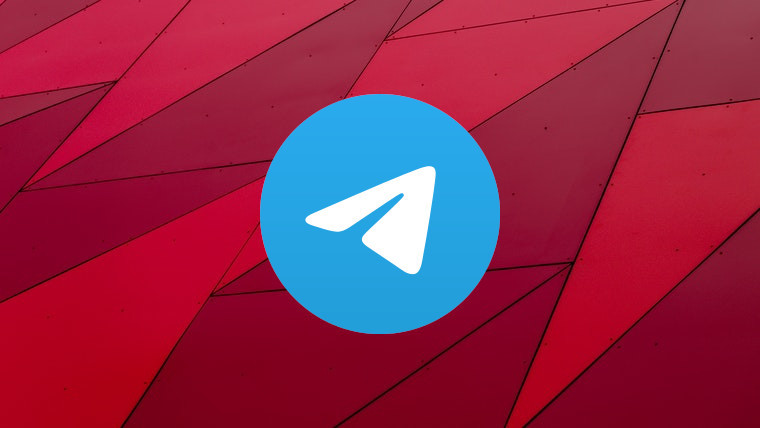 Meanwhile, News Editor Paul Hill penned a detailed guide on how you can leverage the obscure download manager in Telegram.

Finally, I wrote a listicle about the top 10 features people are requesting for Microsoft OneNote. Although the list is interesting, it's disappointing to see that Microsoft has not responded to any feedback.

Our most interesting news item of the week revolves around God of War on Xbox... kind of. Basically, a game called War Gods Zeus of Child (yes, really) that clearly rips off Sony's beloved franchise was selling on Xbox for $3.99. Although Microsoft eventually removed it, questions were raised about how the game got through the certification process and stayed on the storefront for days. And while War Gods has been pulled, there's another problematic listing from the same developer. It's called Dinasaur Falling Survival (that's not a typo) and it basically "borrows" from Fall Guys. it's unclear why this title hasn't been removed yet.