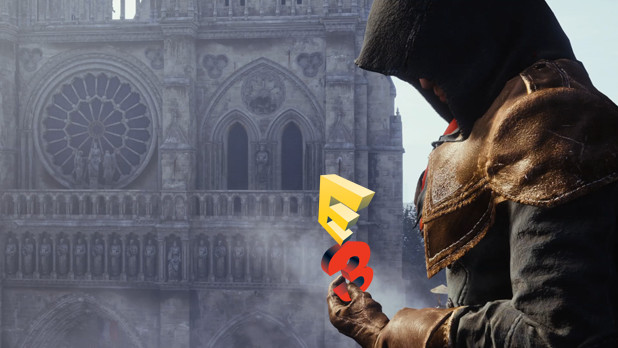 Less than a month from the show, Ubisoft has released a sneak peek at the games they plan to showcase during E3 2014.

The named games include Far Cry 4 and Assassin's Creed: Unity, which received early visibility two months ago when screenshots of the game were leaked to the public. But the biggest news by far is the inclusion of two new Ubisoft IPs: The Division and The Crew.

Billed as a multi-platform ARPG, Tom Clancy's The Division is an open-world, third-person tactical shooter which was first announced last year during Ubisoft's E3 2013 press conference. The game takes place in New York which is in full lockdown following a devastating bio-terror attack. The player plays as part of a group of sleeper agents from the "Strategic Homeland Division," or "The Division" for short, who must take action to save the city.

The Crew, developed by Ivory Tower and Ubisoft Reflections, is another open-world driving game. The game boasts a massive, fully-fledged version of the United States which the player can explore at will, and a 20-hour long story mode with online co-op matchmaking -- which has been described by the game's creative director as an RPG with "social, group and co-operative play in mind."

Ubisoft also notes that it will showcase a number of other titles at their E3 2014 media briefing at the Orpheum Theater in Los Angeles, which will be hosted by Archer's Aisha Tyler and broadcast live on YouTube and Twitch.