Today is Budget Day in the United Kingdom, when the Chancellor of the Exchequer - the country's senior finance minister - outlines the state of the nation's economy and his plans for spending and taxation over the next year. While the UK's economy hasn't reached the near-meltdown of some European countries, it continues to stagnate, and many observers expect that the economy will soon slip back into recession once again.

British citizens are certainly feeling the pinch of these straitened times, and many are growing increasingly frustrated by the austerity that have been imposed over the last two years by the Government. It's against this backdrop that Chancellor George Osborne MP chose today to join Twitter, and judging by the response that he's received, he's probably regretting that decision.

Today I'll present a Budget that tackles the economy's problems head on helping those who want to work hard & get on twitter.com/George_Osborne…

It didn't take long for Twitter replies to begin flooding in. Here are some highlights: 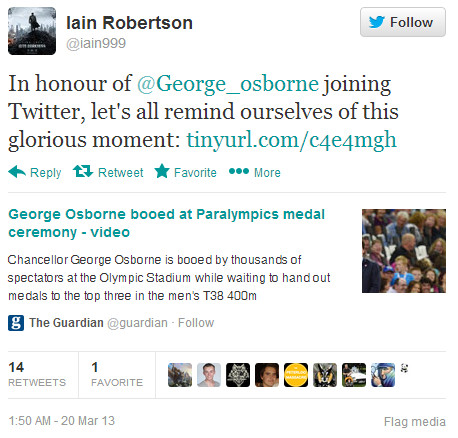 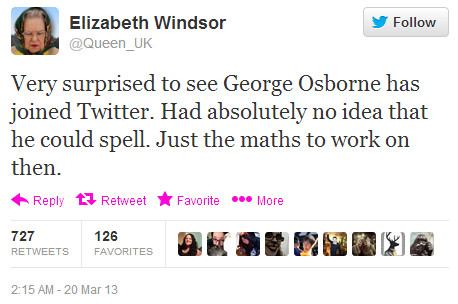 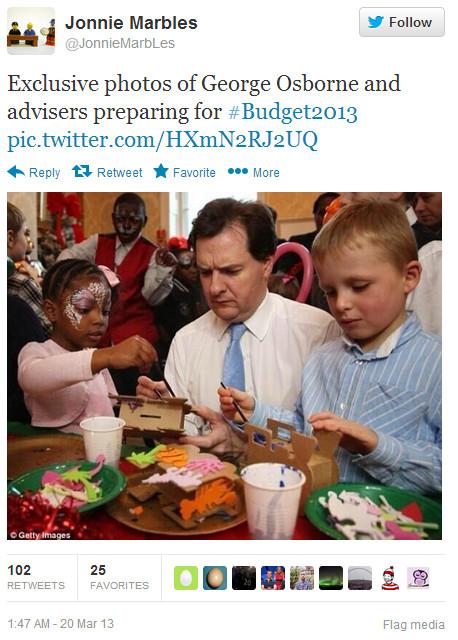 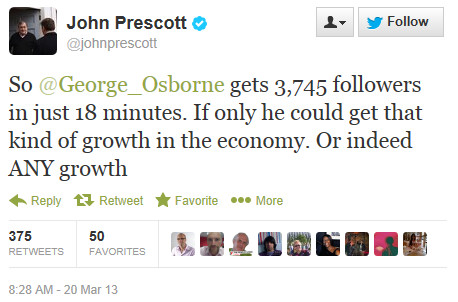 Not all of the tweets were quite so civilised. @Connorwhiteyy replied to Mr Osborne's tweet by telling him: "you're a first class bellend, you overpaid, overeducated fox hunting tw*t". Charming. @cphelan, meanwhile, made sure to remind the Chancellor of the gravity of the event and his responsibilities by stating: "On this important day, it's vital to remember that you are, truly, a massive c*ck".

There's nothing quite like surrounding yourself with adoring fans as you're preparing to define the future of an entire nation's economy.