Every time Apple launches a new product, its announcement is greeted with derision and scorn from many, criticising a 'lack of innovation' or incremental and supposedly insignificant improvements over previous generations, or compared with its closest rivals. And yet, no matter how loud the cries of the naysayers, Apple goes on to sell its devices in enormous numbers.

Indeed, whatever your opinion on the latest iPhones, it's a given that they'll be a sales success. Or is it? Time will tell, but early indications from the U.K. suggest that that's not necessarily the case this time around. 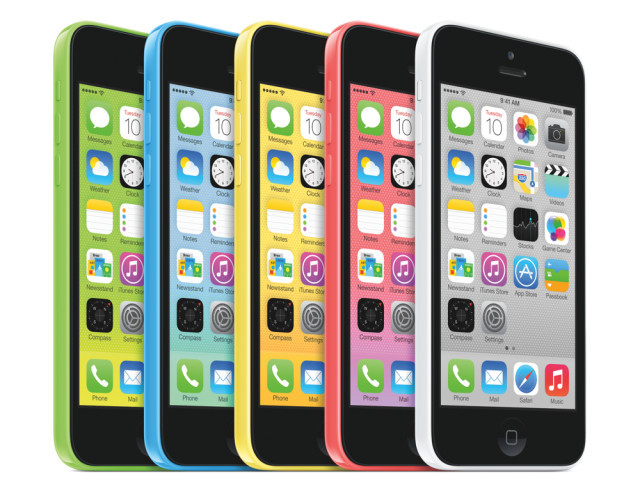 The Guardian has tapped its sources at the U.K.'s major networks, who have revealed that pre-orders for the iPhone 5c have so far fallen well short of expectations. It's not just a case of one source from a single carrier either; insiders at three different networks have painted a pretty bleak picture of demand for the colourful new iPhone.

"The 5c is not setting the world on fire in terms of pre-orders," said one. "It is dramatically lower. People are waiting and seeing, because Apple has never released two devices simultaneously." Despite announcing two new iPhones, pre-orders have only been available for the cheaper iPhone 5c. There has been some speculation that this was a precautionary measure, amid rumours that the flagship iPhone 5s will be "grotesquely unavailable" at launch.

A source at a second network, who also revealed that "pre-orders have not been what we expect them to be by a long stretch", suggested that Apple's choice to limit pre-orders to the 5c was a strategic one: "Apple have deliberately done it because investors will be looking at whether they can be successful in the mid-range market. The 5c is the device that will move their business from the premium market to a company that sells something for everyone."

But the high price of the plastic-bodied 5c - as well as the narrow price gap between it and its superior sibling - doesn't appear to be going down well with U.K. consumers so far. The apparent lack of demand for the 5c could indicate that buyers are holding out for the 5s, given that the premium is relatively modest over the cheaper handset. But the networks had apparently adjusted their expectations for the 5c, and weren't anticipating massive pre-orders compared with the launch of the iPhone 5.

Even so, the 5c has still managed to under-perform so far, if the information from these sources is correct. A source at a third network called pre-orders for the handset "a big disappointment", adding that "they are 60-70% less than we were expecting, and we didn't expect them to be massively high given it's not the flagship model." Where previous iPhone launches have seen U.K. carriers take pre-orders of up to 100,000 units, the source said that, for the 5c, "this is one tenth of those numbers."

It's not all doom and gloom though - one of the nation's largest independent device retailers, Phones 4u, said that interest in the iPhone 5c has been "phenomenal", adding that pre-registration is up by "double-digit percentage points". Pre-registration differs from a pre-order, in that customers are put on a waiting list for a device without any upfront payment.

Nonetheless, Apple's silence regarding iPhone 5c pre-orders has been conspicuous. In previous years, Apple has been quick to tout the huge demand for its latest devices; last year, an incredible two million iPhone 5 handsets were pre-ordered in the first 24 hours.

Source: The Guardian | Image via Apple