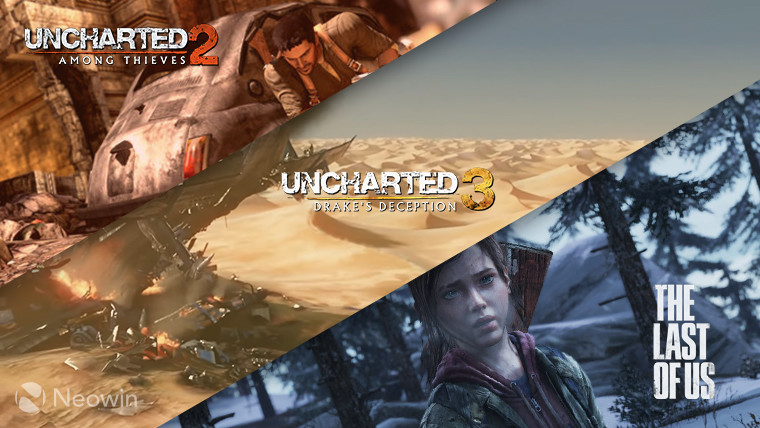 If you're still using your PlayStation 3 and are a fan of Naughty Dog, there's some interesting news concerning three of the developer's titles.

For folks that are taking advantage of the multiplayer component for Uncharted 2: Among Thieves, Uncharted 3: Drake's Deception, The Last of Us, or The Last of Us Left Behind on Sony's last-gen console, Naughty Dog has announced that it will be shuttering the PS3-specific multiplayer servers for these games on September 3, 2019, at 5PM PT.

Of the ones mentioned, Uncharted 2: Among Thieves has taken advantage of the multiplayer capability the longest, having been released on October 13, 2009, followed by Uncharted 3: Drake's Deception on November 1, 2011, and The Last of Us on June 14, 2013.

There is however some good news, as between now and September 3, all services like matchmaking will remain active, with both gameplay and vanity multiplayer DLC being made available for free for everybody via new bundles. These bundles will then be removed from the PlayStation Store once the shutdown date rolls around. Here are the relevant links:

If you're not familiar, Factions MP is the name of the multiplayer component of The Last of Us.

Naughty Dog was quick to note that multiplayer servers and support for titles like Uncharted 4: A Thief's End, Uncharted: The Lost Legacy, The Last of Us: Remastered, and The Last of Us Left Behind Standalone on the PlayStation 4 will not be affected by this decommissioning.