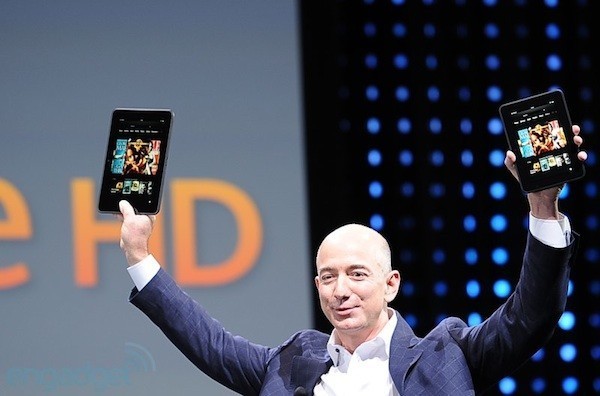 Amazon has been a bit of an outlier when it comes to the tablet market. They’ve pretty muched designed their own Android OS, put out a separate marketplace, and have offered some truly competitive prices for very affordable, though mid-range, devices. However, the company seems poised to finally bring something truly competitive to market this fall.

BGR reports, via unnamed sources, that Amazon’s upcoming Kindle Fire HD tablets will have top of the line specs and they’ll give any competitor a run for their money. According to this report Amazon’s fall line-up will consist of three tablets, a refresh of the low-end Kindle Fire and some seriously upgraded versions of the Kindle Fire HD slates.

The 7-inch Kindle Fire HD is set to have a new design with a 1920x1200 resolution display. The tablet will be powered by a heavy-duty quad-core Qualcomm Snapdragon 800 chip, and the obvious Adreno 330 GPU. Prototypes are supposedly running at 2GHz though the clock speed may change in the final versions. The tablet will also come with 2GB of RAM, a front-facing camera, and cellular connectivity. This tablet will also launch with 16/32/64GB versions of internal memory.

The 8.9-inch version is pretty much running on the same specs but has an even higher resolution display coming in at 2560x1600 pixels. This version will also include an 8-megapixel rear camera.

Right now the whole line-up is running on Android 4.2.2 with Amazon’s heavy customizations on top, and this will most likely be the launch OS.

The great news is that all of these improved specs actually translate to noticeable gains in terms of speed and responsiveness. According to sources the prototypes score 3 times higher in benchmarks that current models, and users will notice drastically improved performance.

The new Kindles are expected to launch in the fall, possibly as early as September, and Amazon is said to be working very hard to maintain its competitive prices. If everything turns out the way Amazon wants it, this holiday season users may have to choose between the new Nexus and Amazon’s Kindle Fire HD, with the iPad mini becoming completely uncompetitive.