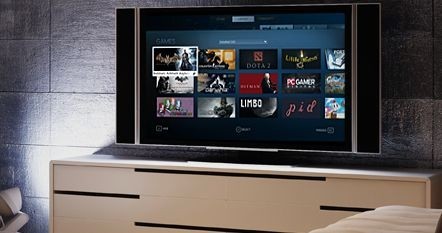 Gabe Newell, co-founder of video game developer Valve, has been pushing the idea of a Linux-based hardware product designed to hook up to a big screen TV for some time now. Today, Newell hinted strongly that more information on their "Steam Box" may be announced next week.

Ars Technica reports that Newell, during his keynote address at LinuxCon in New Orleans, said today, "Next week we're going to be rolling out more information about how we get there and what are the hardware opportunities we see for bringing Linux into the living room."

Newell, and indeed Valve as a whole, has been mostly silent about their "Steam Box" plans since CES 2013 in January, when the company showed off some prototypes to members of the press as well as other companies. Newell, a former Microsoft employee, has in the past been highly critical of the Bill Gates-founded company, and of Windows 8 in particular, even though the 64-bit version of the OS is currently the second most used operating system on Steam.

In his address today, Newell continued to offer his opinion that Linux is the future of PC gaming, thanks to its open architecture. Even though only a tiny fraction of gamers have versions of Linux installed on their PCs, Newell believes that the major OEMS who still use Windows will be in deep trouble down the road. He stated:

I think we'll see either significant restructuring or market exits by top five PC players. It's looking pretty grim ... Systems which are innovation-friendly and embrace openness are going to have a greater competitive advantage to closed or tightly regulated systems.