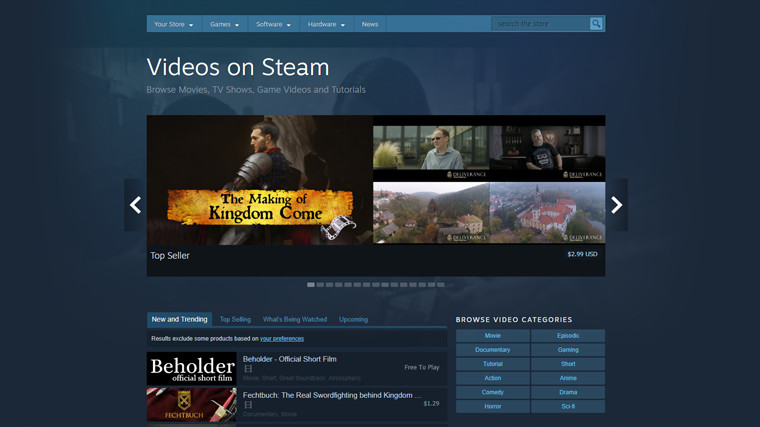 For several years now, Steam has been selling video content on the side in addition to the hordes of PC games and software, offering movies, TV shows, anime, and documentaries, among others. It seems the venture hasn't proven to be fruitful, however, as Valve announced today that it will be limiting the service soon, making only gaming-related videos available.

In reviewing what Steam users actually watch, it became clear we should focus our effort on offering content that is either directly related to gaming or, is accessory content for games or software sold on Steam.

The Video section shortcut is no longer visible on the Steam Store, which previously sat between Hardware and News sections. The hub itself is accessible by going to it directly, but Valve said it will be retiring non-gaming videos from platform the in the coming weeks. Any previously purchased video content will still be available to users.

With new competitors like the Epic Games Store knocking on the door, it's understandable that Valve is putting its attention back to making Steam a fully gaming oriented platform. The company also revealed recently that a Steam client redesign, a new mobile app, and more are planned for 2019.