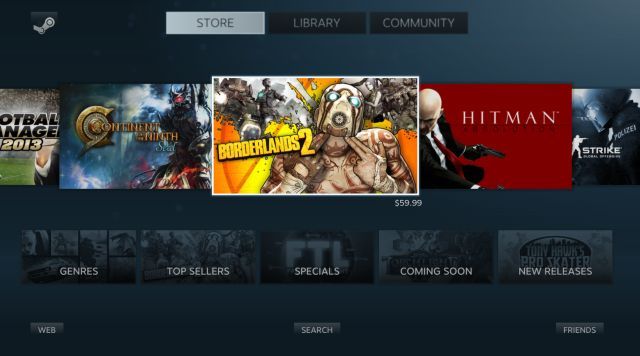 Valve recently launched the public beta test for the Big Picture mode on its Steam PC game download service. The new UI is made to be used on a big screen TV and optimized for game controllers. There's been a ton of speculation that the next step is a Valve created PC-based game hardware device designed to work with the Big Picture mode.

In a new chat with Engadget, former hardware hacker, and now Valve employee Jeri Ellsworth, says that the first public beta test for whatever it is working on in its hardware department will start sometime in 2013. Valve is already testing the hardware prototypes in its offices and plans to give a few outsiders access to future prototype designs via a sign up process on Steam.

And what exactly will this hardware be like? Details are still sketchy but Ellsworth does admit that the team's goal for its first year is " ...to make Steam games more fun to play in your living room." That includes coming up with new ways to control Steam-based games that would normally require a mouse and keyboard. It will also work alongside the new Big Picture mode.

As far as Valve's plans to offer virtual reality gaming, that's still a long way off. Ellsworth admits that an actual consumer product that deals with wearable computing is "two to five years" away.