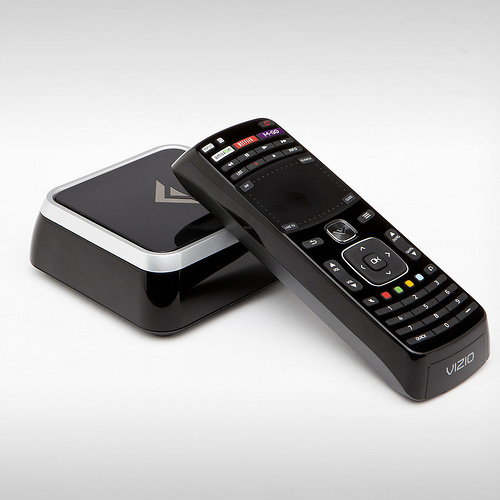 Earlier this month, TV maker Vizio started selling a number of all-in-one PCs as well as some notebooks. Today, Vizio announced it was getting into the TV Internet set-top box business as well with a new product called the Vizio Co-Star that has a price point of just $99, similar to the Roku and Apple TV devices.

The Co-Star has support for the Google TV operating system. However, it is also the first third party set-top box to add support for the OnLive streaming PC game service. Other applications included with the Co-Star are Netflix, Amazon Instant Video, YouTube and iHeartRadio.

The Co-Star has a built-in 802.11n Wi-Fi antenna, along with a USB port that can allow people to connect it to a keyboard, a hard drive or other devices. It also supports DLNA-based devices so that people can share video, photos and more on a DLNA supported smartphone, tablet or PC.

Pre-orders for the Vizio Co-Star will begin in July and the company is even throwing in free shipping. Sony announced their own Google TV set-top box earlier this week but it is priced at $199.99 and doesn't come with the OnLive service.