Humble Bundle's new Build Your Own 2K Bundle is exactly what it sounds like, giving you the chance to pick and build your own custom bundle from a number of popular games published by the company.

You are required to choose at least three games from the selection to receive the additional bundle discount, but if you only have your eye on a game or two, there is a blanket discount running on the titles as well.

Although lacking newer installments, the offered games include entries from the Civilization, XCOM, and Borderlands series, as well as hits such as BioShock Infinite, and Spec Ops: The Line.

Also, remember that the Humble Daedalic Bundle from last week is still up and running, and so is the current Humble Monthly Bundle with its three early unlocks.

Ubisoft announced For Honor's biggest update yet during its E3 recent presentation. Titled Marching Fire, the update will bring a new faction with four new heroes, a new game mode, and other features in October. Celebrating the announcement, Ubisoft is now giving away the game's Starter Edition on PC completely free of charge.

Although both single-player and multiplayer modes are fully unlocked and available in this edition, keep in mind that the heroes will take much longer to unlock than with the Standard Edition.

The Uplay exclusive giveaway can be found here, and you have until June 18 to claim it. 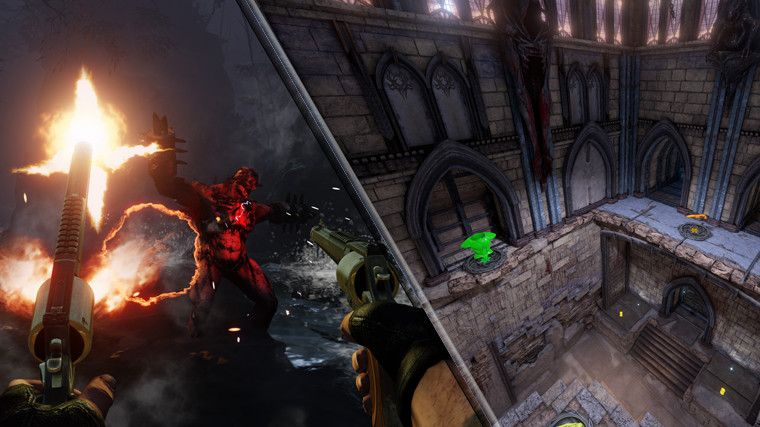 Tripwire Interactive's Killing Floor 2 is free to try out this weekend, giving you an all-access pass to play the six-player cooperative and 12-player versus modes. The zombie shooter just recently received a massive free content update as well.

Now, the new Quake Champions free event is a bit of an odd one. The arena shooter will go free-to-play at launch anyway, but this is a good chance to try it out without having to pay for early access. Moreover, Bethesda will let everyone who claims the game keep on playing even after the weekend, making this a giveaway of an upcoming free game.

With the beginning of the weekend arrives a wide assortment of sales, and below, we have a selection of handpicked games that are near or below their historical discount rates. However, note that signs point to the Steam Summer Sale opening its gigantic doors next week, probably on June 21, so it may be wise to wait until then before picking anything up from rival stores.

The GOG Summer Sale from last week continues on, and although there aren't many new games that have hopped on the discount wagon in the meantime, we do have another list of highlights below. Be sure to visit the store to see if any of the over 1200 DRM-free games on sale will catch your eye.