The first Friday of the month just passed, and that means Humble has refreshed the innards of its Choice subscription bundle. Replacing the previous games, Humble is now offering another 12 titles in total in the new March promotion, from which you can choose what games to pick depending on the tier you purchase. See below for the games available:

This Choice bundle follows the usual procedure, where you can grab any three games mentioned above for $14.99 or any nine for $19.99. Members who've had an active subscription since the Monthly days, meanwhile, can get 10 games for their old $12 price point.

The March Choice bundle is slated to run until April 3, which is when the store will put up another set of games to choose from. Elsewhere on the store, the Digital Tabletop Bundle with Slay the Spire as its headliner is almost at an end, while if you're a Paradox fan, there is a build-your-own bundle promotion featuring the company's games running right now. 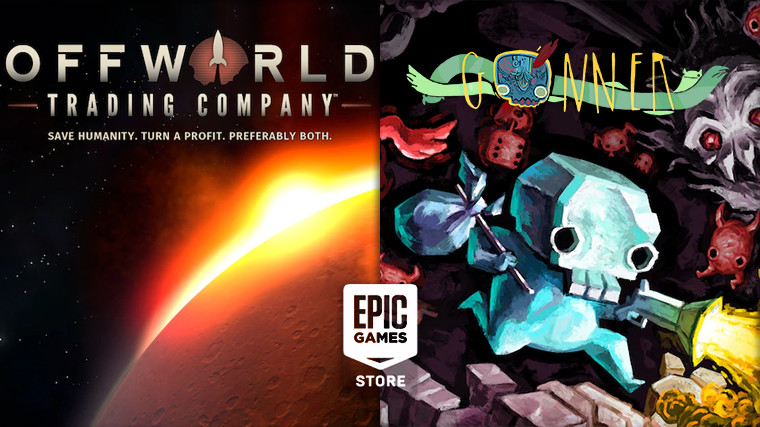 A week doesn't pass without a giveaway appearing on the Epic Games Store, and this time you can grab two games to add to your library for free - GoNNER and Offworld Trading Company.

The 2D roguelike platformer GoNNER is known for its difficulty and will have you losing your head trying to finish the levels, quite literally. Joining it in the freebie pile is Offworld Trading Company, a real-time strategy management game where you will be dealing with economic warfare with other companies on a Martian colony.

The two games will remain free to claim until next Thursday, March 12. That is also when three well-received indie games will go free on the Epic Games Store, them being A Short Hike, Mutazione, and Anodyne 2: Return to Dust.

It's a quiet weekend for free events compared to last week. Ubisoft's popular tactical shooter Rainbow Six Siege has gone free-to-play until Monday, celebrating the upcoming season, with all maps, modes, and other base content available for free.

Meanwhile, the entire Half-Life franchise is still free-to-play on Steam. The promotion slated to end in just over two weeks when Half-Life: Alyx releases.

With the beginning of the weekend arrives a wide assortment of sales and we have a selection of handpicked games for your perusing below. Moreover, using MAYHEM as a discount code on GreenManGaming will get you a 12% additional discount applied on purchases.

As for this weekend's DRM-free deals, isometric viewpoint titles are getting a lot of love from GOG. Catch our highlights below:

And that is it for our pick of this weekend's PC game deals folks, and hopefully, some of you have enough self-restraint not to break the bank adding new games to your ever-growing backlogs. Of course, there is an enormous amount of other deals ready and waiting all over the interwebs if you comb through it hard enough, so keep your eyes open for those, and have a wonderful weekend.