Exactly one month after rolling out its last Insider Preview - and exactly a month before Windows 10 officially launches around the world - Microsoft today released its latest preview build. Insider Preview build 10158 is now available on the Fast ring, and Microsoft says it brings significant improvements to stability and UI polish.

Most notably, Microsoft's release notes for this latest build don't include the usual long list of 'known issues'. Instead, the company says: "We don’t have any significant known issues for this build worth noting in the blog post, but we are servicing several issues so make sure you check Windows Update for those." 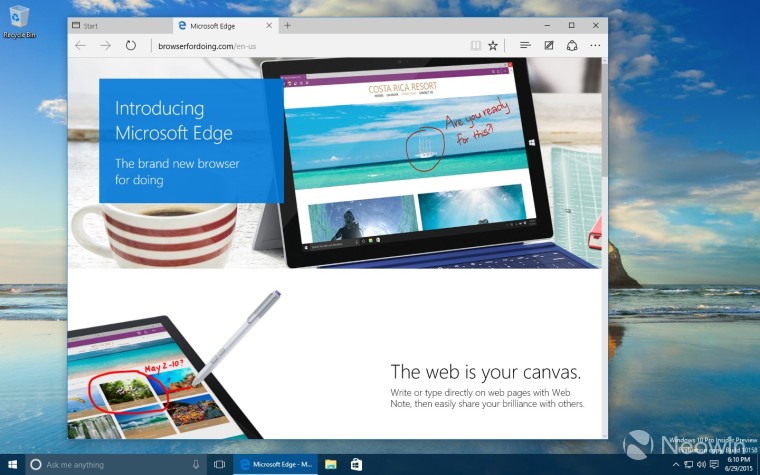 But what build 10158 lacks in known problems, it makes up for in small but welcome new additions, which the company detailed in its release notes:

Microsoft Edge: The first thing that you’ll notice in this build is that the Microsoft Edge branding is now included. 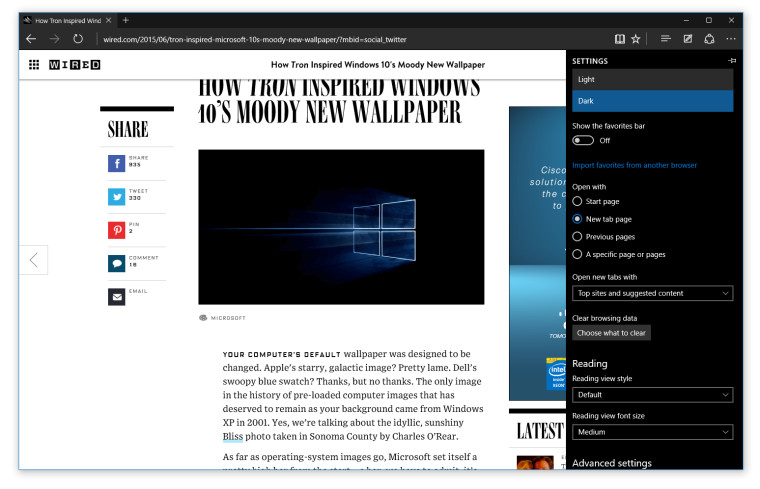 There are also some great new features and improvements for you to try:

General UX improvements and refinement: You’ll continue to see general UX improvements and refinement in this build. For Continuum, you’ll see a lot of bug fixes as well as improved Tablet mode animations, improved support for Windows 8/8.1 apps and classic (Win32) apps in Tablet mode. And when using the Start Menu, you can swipe up on the left side to open All apps. This also works in Tablet mode, when you have opened up the left side of Start behind the hamburger menu. Additionally, in All apps – you can click on a letter to quickly go to apps on the All apps list under that letter (great for people with lots of apps installed).

On the Taskbar, when an app needs your attention, it will now flash in orange. And when you download something or move files around in File Explorer, the progress animation in the Taskbar has been changed back to green and back to animating horizontally (instead of white and animating vertically seen in the previous build – thanks for the feedback!).

Updates to Cortana: We have a consolidated left rail now and Cortana’s Notebook is in its final stage with a combined Profile and Settings experience. Cortana now has a dark theme color to match the rest of the OS. Tracking your flights has also been enabled so when you get an e-mail with flight or package information from supported providers they show up in the Cortana experience and Cortana will also alert you about them. Alerts for going to work, going home and the airport are also work now too. You should also try sending an e-mail with Cortana – we enabled this in this build! Just say everything at once such as who you want to email (you can send to multiple people), the subject of the e-mail, and what you want your email to say and that’s it. For example – you would say something like “Email Gabe Aul Super Awesome Window Feedback…” and then what you want the message to say. You can even make corrections with your voice. Note – this feature requires an Internet connection and works for U.S. (English) right now.

Cortana integration with Office 365: With this build, you’ll be able to try out the Cortana integration with Office 365 if your company is opted into First Release for Office 365. Cortana is already great at letting you quickly see what your day is going to look like, when and where to go for your first meeting, get a sense of travel times to work, or even get updates for upcoming trips from your calendar. Cortana gets even better with a connection to Office 365, which enhances Cortana’s ability to help you prepare for meetings, learn about the people you work with, and remind you where you need to be next so you won’t be late. Give it a try!

Check out the updated Photos app for Windows 10: We’ve published an update to the Photos app via the Windows Store Beta. Not only does this update have general performance and reliability improvements, it also has new capabilities that Windows Insiders have been asking for. For example – the Photos app now supports animated GIFs. This was a top request from Windows Insiders! 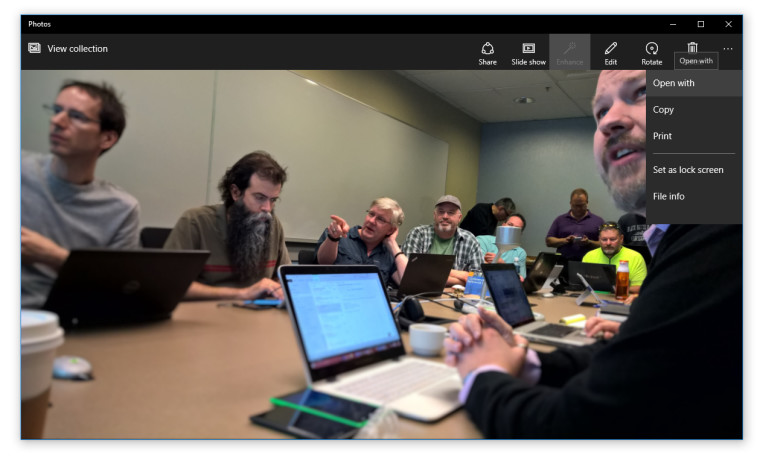 We’ve added a “Open with” button in the photo viewer. While viewing a photo, click the “…” icon at the top right and choose “Open with”. This was another top request from Windows Insiders. And now links to your saved photos, screenshots, and camera roll are available on the Albums page. 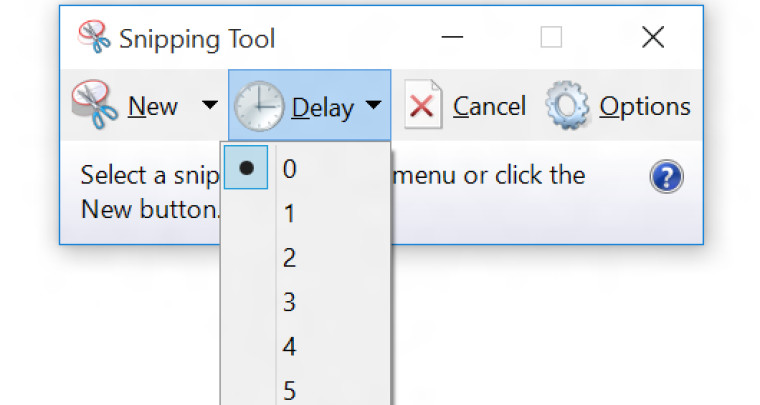 Let us know how you get on with upgrading to build 10158 - and if you spot any exciting new additions to the OS that haven't been mentioned above (or if you encounter any annoying bugs or issues!), be sure to let us know in the comments below.