Just over a month after the release of its previous Windows 10 Mobile Insider Preview, build 10080, Microsoft today announced the rollout of build 10136 to the Fast ring. While Windows 10 will officially launch for PCs and tablets next month, the phone version won't arrive until later this year - which should give you some idea of how much work Microsoft still has to do on its new mobile OS. 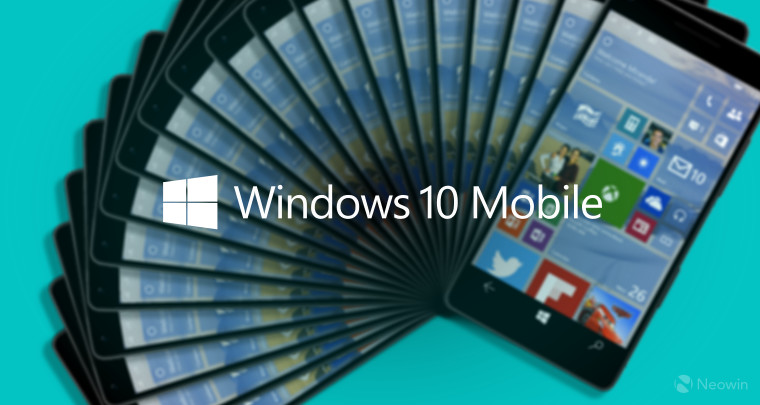 The rollout of build 10136 is another significant milestone on Windows 10 Mobile's journey to RTM, and it introduces a range of new features and improvements compared with the last preview, as Microsoft's release notes explain:

Tons of fit and finish changes: There are far too many subtle changes in the UX to cover. You’ll notice some obvious ones right away, like the PIN pad is now transparent and slides up over your Lock screen image instead of displacing it. You’ll see many changes to fonts, icons, layout, etc. and the UX will feel more complete than what you used in 10080. We’re doing a lot of refinement to the UX right now and you should see more of that work in the next build we flight.

Improvements to Cortana: Cortana’s experience has gone through a rich set of improvements and is now very close to our final design. We’ve made adjustments to cards in Cortana’s homepage and in the hamburger menu. We listened to feedback from Windows Insiders and added the dark theme colors to Cortana’s UI to make our UI more cohesive with the rest of the OS. Tracking of your flights and packages has also been enabled so whenever you get an e-mail with flight or package information they show up in the Cortana experience and Cortana will also alert you about them. Alerts for going to work, going home and the airport are also enabled again. Further you can ask questions to weather, currency information, stock quotes and more and get the answers directly inline. That makes it easy to quickly check on multiple locations or stock tickers. To explore further and get the full experience you can tap on these results.

Photos and Camera improvements: In the Photos app, tap on a month to get a list of months so you can quickly “jump” to photos you may have taken a while ago. You can also now double-tap to zoom on a photo. The Photos app also comes with performance and reliability improvements. If you’re running this build on a Lumia 640, 640XL, 930, Icon, or 1520 – check out the Lumia Camera Beta and make it your default camera app. The Lumia Camera Beta is the same app as the new Windows 10 Camera app but with additional features that light up based on Lumia hardware. Let us know what you think!

One-handed use: if you have a device with a screen of 5 inches or greater, it’s now easier to use your device with one hand. Press and hold the Start button and your screen will slide down so you can reach items at the top of your screen. To slide the screen back up, tap the black space at the top of the screen, or press and hold the Start button again. One-handed use will also naturally time out after several seconds and return to your regular view.

Those improvements for one-handed use sound particularly intriguing, but we're also looking forward to exploring some of the many changes to the user experience that Microsoft refers to above.

While this is an overview of the major changes that Microsoft has made in build 10136, there will be many other smaller - but still useful - improvements and enhancements in the new build that haven't been detailed above.

Be sure to send us a tip if you spot anything exciting in build 10136 - and let us know how you get on with installing and using it!