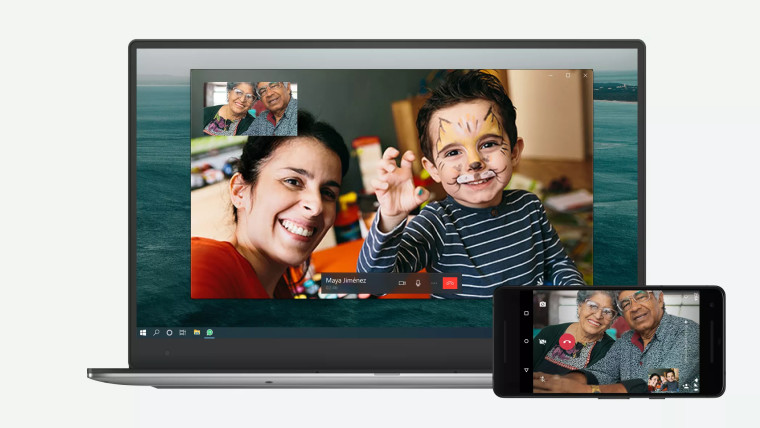 WhatsApp has finally introduced audio and video calling support for its desktop app allowing users to call others directly from PC. The feature has been in the works for quite some time and is finally rolling out to WhatsApp Desktop users.

WhatsApp announced the new feature in a blog post and noted that the company has "seen significant increases in people calling one another on WhatsApp, often for long conversations." Last New Year's Eve, WhatsApp handled 1.4 billion voice and video calls setting a record for most calls made in a single day. The company further noted that the calling experience works "seamlessly for both portrait and landscape orientation, appears in a resizable standalone window on your computer screen, and is set to be always on top so you never lose your video chats in a browser tab or stack of open windows." WhatsApp is rolling out support for calling right now and you can try it out yourself by following the steps below:

During the call, you can click on the camera icon to switch from audio to video call. Once the other party accepts your request, the call will switch to video.

WhatsApp's desktop app will also support receiving calls so you will get an option to either accept or reject the call or you can click on 'Ignore' or 'x' to ignore the call.

Like calls on the phone, the Desktop app supports end-to-end encryption for all the calls. WhatsApp calling on the desktop is currently supported on Windows 10 64-bit version 1903 and newer, and macOS 10.13 and newer. Unfortunately, WhatsApp does not support group calls at the moment but the company plans to add it in the future.