WhatsApp’s group voice and video calling features have been present on the mobile versions of the app for a long time now. With the advent of the pandemic, the Facebook-owned company also increased the participant limit, making it a viable solution for casual video calling and the like. The company also added integration with Messenger Rooms – extending to the desktop and web versions of the service.

However, voice and video calling have been absent on these versions, making them a mobile-only feature. That might soon be changing as the features are reportedly rolling out to a small set of users in beta form. The feature has supposedly been in testing for about two years now and is finally being made available to the web and desktop versions – albeit in a staggered manner to select users. As is the case with these versions, a session needs to be initiated via a phone.

Users that have received the feature will notice the phone and video symbols appear in the chat header, just like in the mobile versions. They will then be able to initiate a call right from the chat on the desktop or a browser. The feature will also let users accept incoming calls via the apps. A separate window appears during an ongoing call for the in-call actions or the video feed. It is not clear if the feature includes group video calls or is currently limited to just one-to-one communication. 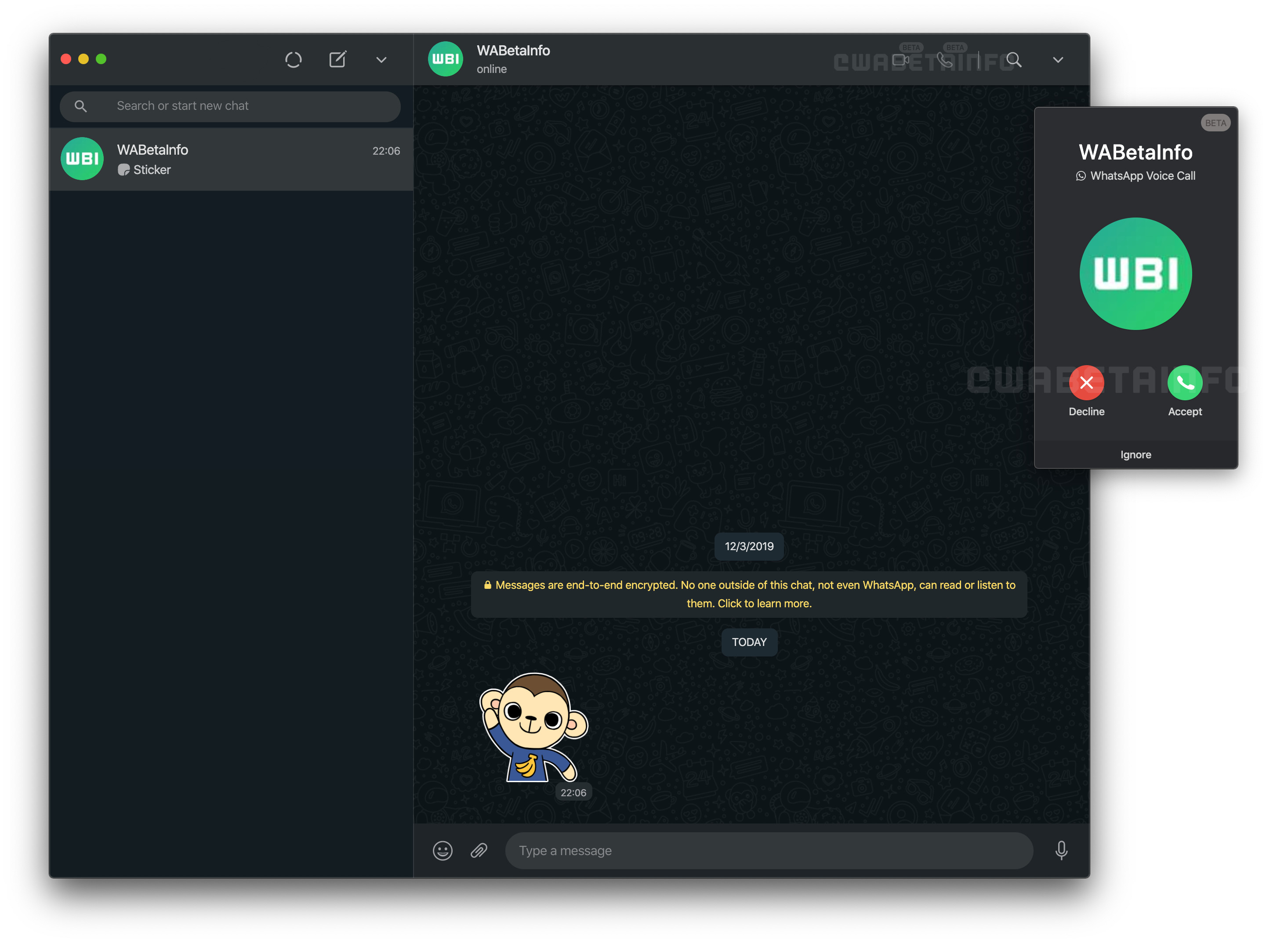 Considering that the feature is rolling out in beta form and only to a select number of users, it could be a while before it makes it to a larger audience.

Are you seeing the feature show up on your desktop? Let us know in the comment section below.