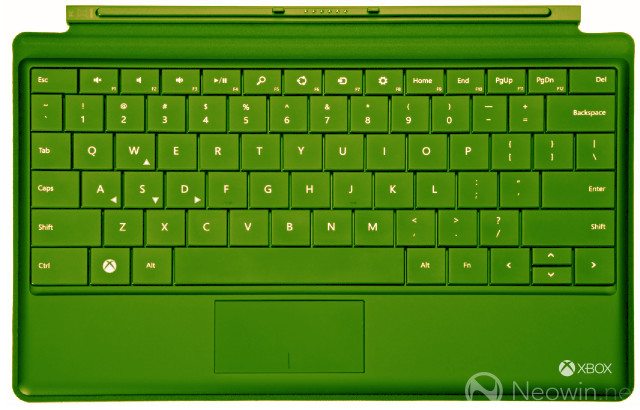 Microsoft pulled back the covers on its new Surface line of products and peripherals. Mixed in to today’s announcement was that they would begin selling 'refined' Type covers but we can’t help but feel that Microsoft is missing an obvious omission here.

The Xbox name is arguably one of company's strongest consumer brands and the green color, for Microsoft, is tied to the Xbox branding. Knowing this, why isn’t Microsoft making a green colored Type cover with the Xbox branding and positioning it as a gaming keyboard for the tablet?

The Surface line of tablets are capable gaming machines with the Surface 2 having access to the Windows Store which is full of games and the Pro 2 being able to run Windows Store games and some legacy games. But why is Microsoft not marketing the Surface from all respective angles? 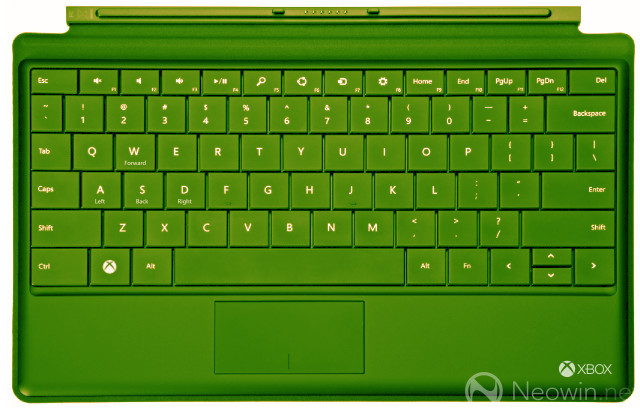 Sure, the Xbox Type cover we mocked up may not have many additional features besides a coat of paint, but Microsoft could easily program in hotkey setup to allow the Xbox keyboard to be customized by gamers.

The point here is that Microsoft has brands that resonate well with consumer market besides Office and it’s a bit baffling why they are not cross-leveraging them to help sell the Surface. An Xbox branded Type cover seems like a logical peripheral for Microsoft to build and seeing that they are already making colored Type covers, all they need to do is change the dye.

Special thanks to Andy for mocking this up.