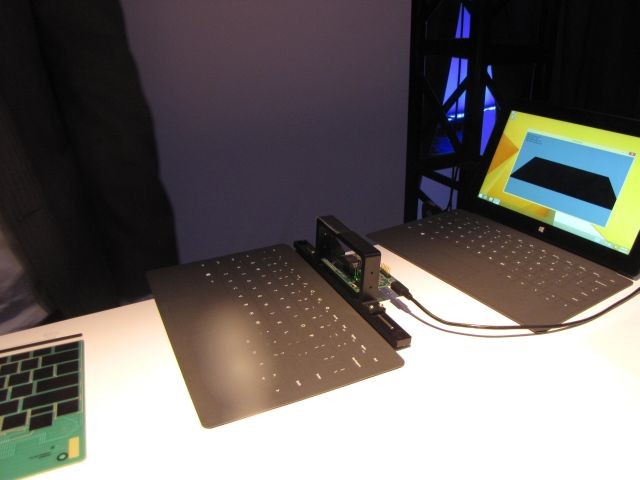 While the new Surface 2 and Surface Pro 2 are big improvements over the first generation of Microsoft's tablets, the truth is that we think they were upstaged by the new accessories that the company is coming out for their new products; we got some hands-on time with them at Microsoft's press event today. 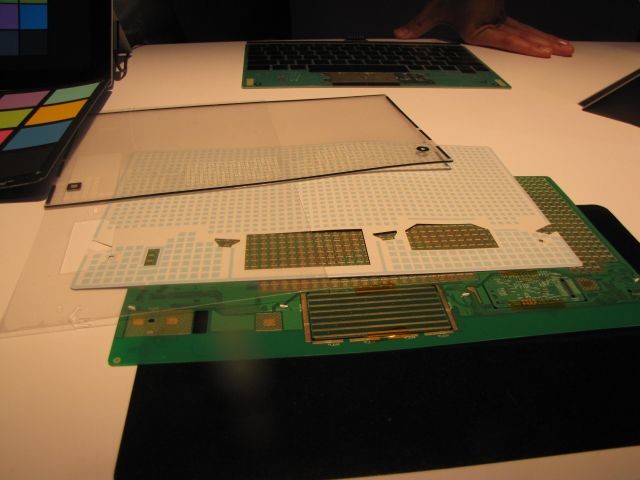 The new add-on that stood out the most is the Touch Cover 2, which Microsoft says has over 1,000 sensors on it this time, compared to just 80 for the original Type Cover. Microsoft had an exploded view of the new Touch Cover 2 which showed off all of the sensors inside.

The extra sensors can be used to activate three additional touch gestures on the Surface Pro 2 and Surface 2. Using two fingers anywhere on the keyboard moves the text insertion cursor left or right. Moving two fingers on the numbers selects text with the cursor. Finally, when typing a word, you can touch the space bar to select auto complete suggestions; it's a very cool addition.

The Touch Cover 2 will also come in a variety of colors but it won't be released until sometime in 2014. 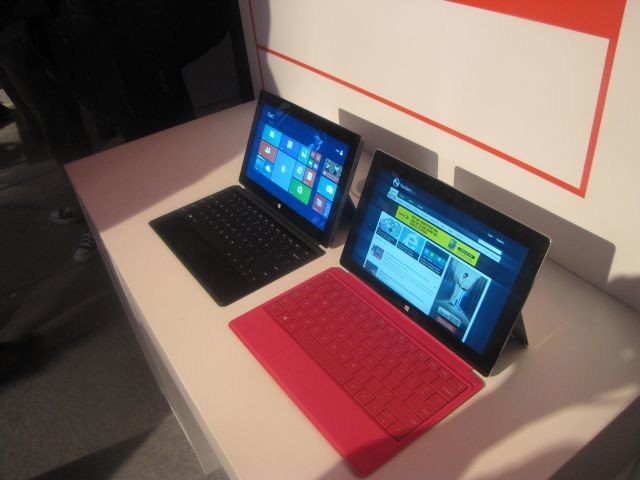 The Type Cover 2 was also shown off at the event. It's supposed to be thinner than the original and have better typing support but this would seem to be more of an incremental improvement compared to the Touch Cover 2. Both of them will also be backlit. 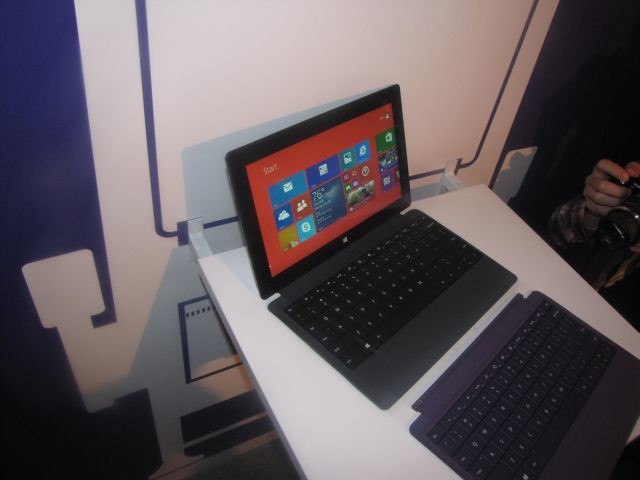 There was just one example of the Power Cover at the event today and it's definitely the thickest of the covers we saw. If you want your Surface Pro 2 to be as light as possible you will not want this product. If you want to add a lot more battery life to the tablet, you will definitely want to get this. 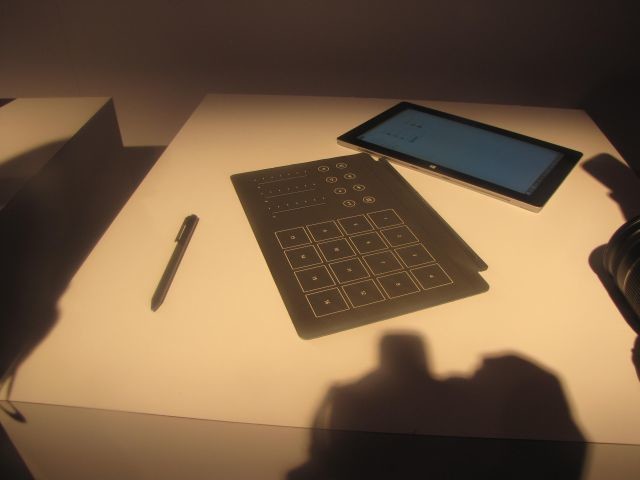 Microsoft also showed off its special Mix Cover, designed for DJs. It's definitely a product for a highly limited audience and we asked Microsoft up front why they didn't have a cover designed to be a controller for games. We didn't get a clear answer to that but Microsoft reps told us they are always taking input from customers on what they could do next. 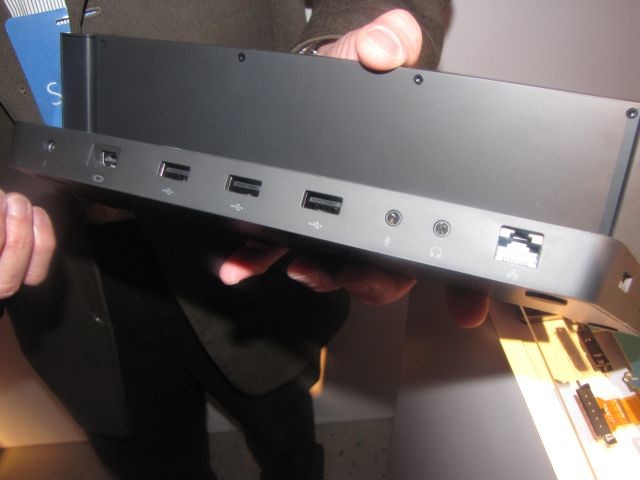 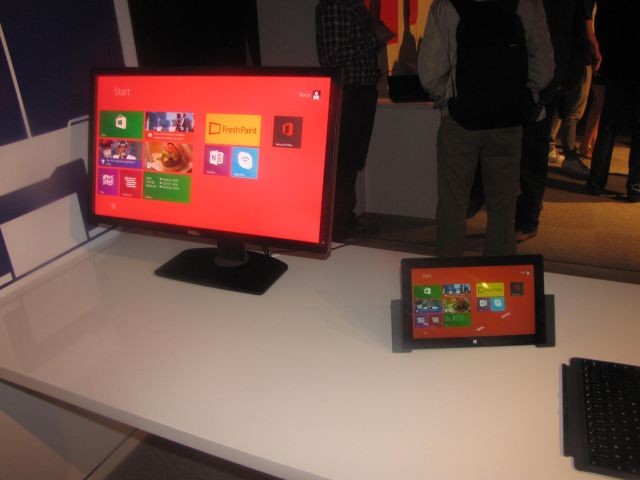 We do wish the docking station had an extra battery of its own but it's only supposed to be used with a power cord. Oh well. 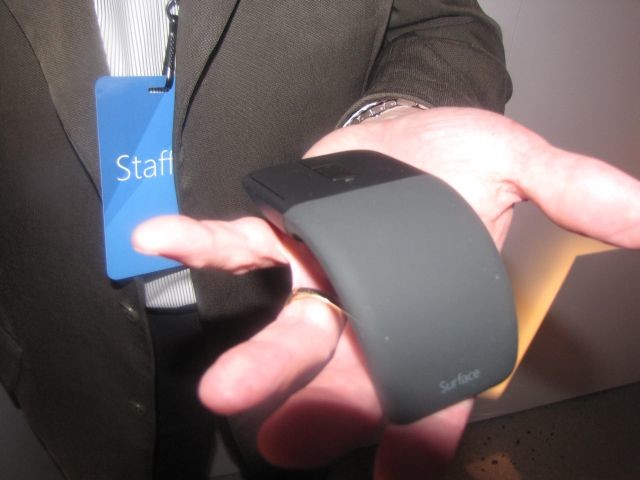 Microsoft is launching a new Arc Touch Mouse Surface edition, which uses Bluetooth and does not require a USB dongle. The mouse has a flexible palm rest like other members of the Arc Touch family and looks and feels very comfortable.

Microsoft will also release a wireless adapter for its Surface covers that will allow them to be used without being attached to the tablets themselves. It will also have a car charger made especially for the tablets but that's not due out until early 2014.