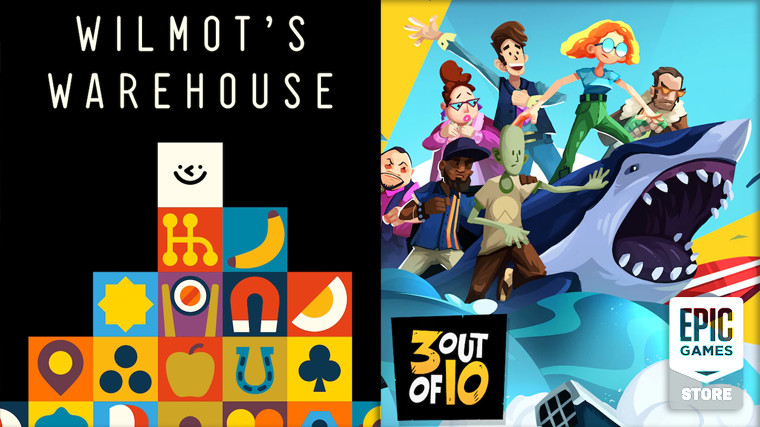 Epic Games Store has put on offer Wilmot’s Warehouse and 3 out of 10 to claim and keep for free as this week’s giveaway, taking the place of 20XX, Barony, and Superbrothers: Sword & Sworcery.

Wilmot’s Warehouse is a puzzle game that gives players the challenging task of organizing products in a warehouse, presumably owned and solely run by Wilmot, whom you play as. It’s up to the player to decide how they wish to undertake this herculean effort, but they must be able to retrieve whatever products the game asks for within the stipulated time if they wish to avoid a logjam. Here’s how the Epic Games Store describes it:

Wilmot's Warehouse is a puzzle game about keeping a warehouse running in tip-top shape. Just remember where you put everything, because when the service hatch opens, you'll need to find the things people want quickly, to earn the coveted Performance Stars.

3 out of 10 is an 'episodic playable sitcom' that takes players through a series of narratively driven mini games telling the tale of Shovelworks Studios, dubbed as the world's worst game development studio. Here's how the Epic Games Store describes it:

Join the ongoing adventures of developers at the world's worst video game studio as they endure antics both absurd and topical. This week Midge joins Shovelworks Studios as a new animator, but not all is as it seems at the studio.

Epic Games Store is offering Wilmot's Warehouse for Windows and macOS and 3 out of 10 for WIndows. Here are the minimum requirements:

If you wish to claim Wilmot’s Warehouse or 3 out of 10, you can find them here. They will be free to claim until August 13, which is when Epic will put on offer The Alto Collection, Remnant: From the Ashes and, for only 24 hours, Total War Saga: Troy, for its next giveaway.