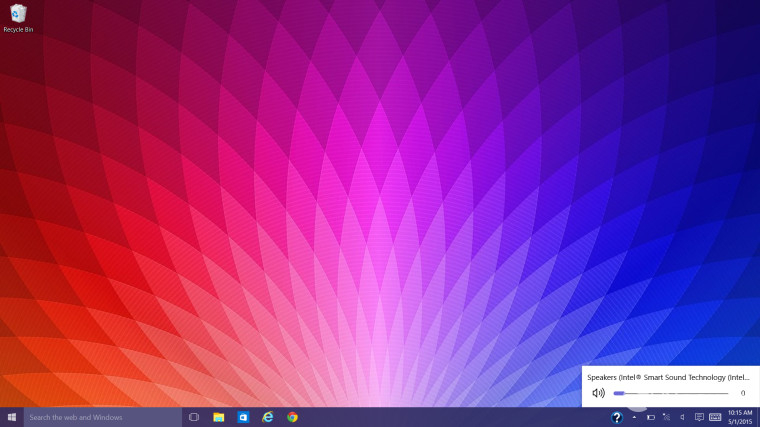 Microsoft is pushing towards a release of Windows 10 this summer and with each new build of the OS that the company has released, we can see new features being added, stability being improved and updates to legacy items. In build 10074 that was released last week, Microsoft has introduced a few new sounds as well.

Since it doesn’t make much sense to describe the audio files, we have included some of them in this post. If you want to hear all of the new sounds, you can head to C:\Windows\Media and browse them all.

It's not too surprising that Microsoft updated the various notification audio files as they have be changing every aspect of the OS. Although not every notification sound has been updated (yet) and the files above represent the sounds you are likely to hear on a daily basis, we can see that the company is also now tinkering with the audio files which means a complete overhaul may occur.

With only a few months to go before this OS is set to be released, Microsoft still has plenty to do to make sure it is rock solid in terms of stability, finish polishing up the UI and figure out which features will be cut from launch (we already know extensions for Edge will not make it before RTM).

If you have missed any of our coverage about other new items in Windows 10 build 10074, you can find them all here. And as always, if you spot something new, make sure to send us a tip.