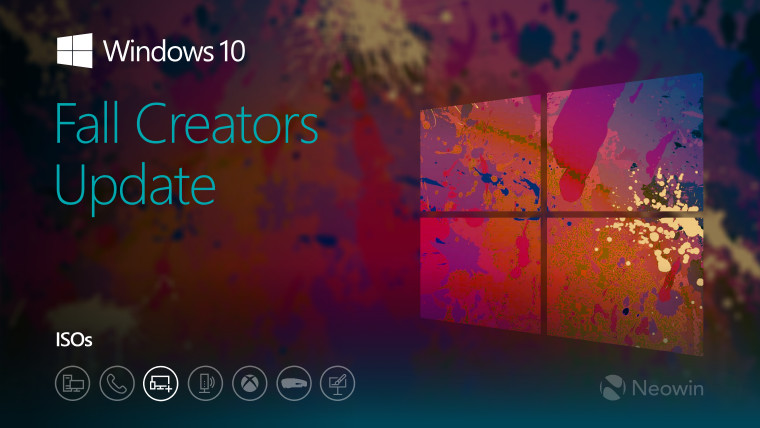 Microsoft has finally released Windows 10 for PCs build 16299 ISO images on its Windows Insider download page. It's the first since build 16296 was made available two weeks ago.

Normally, a new build gets released to the Slow ring, and then a few days later, the ISOs arrive. This has not been the case as of late. Build 16299 was offered up to the Slow ring on September 29, so it was surprising to see 16296 ISOs at all.

And then yesterday, Microsoft actually released the Windows 10 Fall Creators Update, so at the time, you could actually get build 16299 via the Media Creation Tool, but not through the Insider download page. There are only three different builds available:

You'll notice that Education and Home Single Language have been removed. These SKUs still exist, but Microsoft is combining the installation packages.

There are also some additional downloads:

If you're an Insider, you can use the above downloads for a clean installation of the Fall Creators Update. If you're on the Fast ring, you've already been moved on to Redstone 4, and the Slow ring shouldn't be too far behind on that.

You can download the new ISOs here, and the build 16299 SDK Preview is available as well from here.