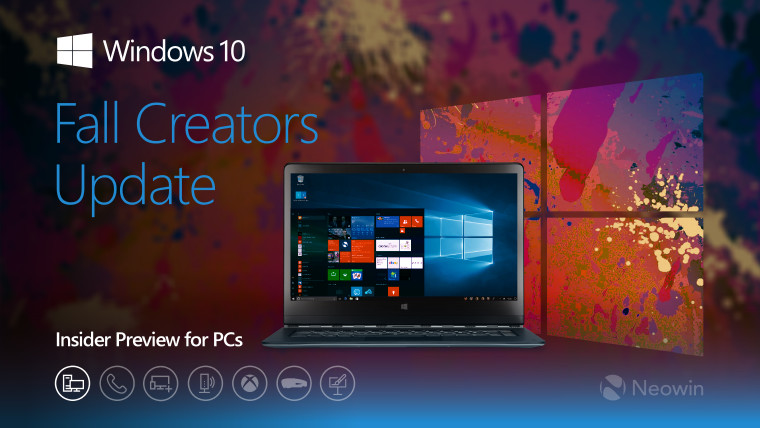 It's only been about a week since Microsoft released Windows 10 for PCs build 16299 to the Fast ring, but the Fall Creators Update is scheduled to ship in another two weeks on the 17th, which means that it's time to finalize the update. Today, the company released Windows 10 build 16299.15, also to the Fast ring, despite the fact that 16299 has since been offered to the Slow ring.

It would seem though, that this is going to be the RTM build for the Windows 10 Fall Creators Update on PCs (Mobile is on feature2, and the RTM will likely be build 15252). Other than the fact that PCs are getting a cumulative update, the past two Xbox One builds in the Alpha ring have also been build 16299, so they're aligning across the board.

Microsoft didn't mention any specific fixes that go along with the new cumulative update. Instead, it said that it's testing servicing the build with cumulative updates, as it will have to do for a shipping version of the OS.

If you're in the Slow ring, you should see this update within the next couple of days, and the Release Preview ring should see some flavor of 16299 pretty soon too.