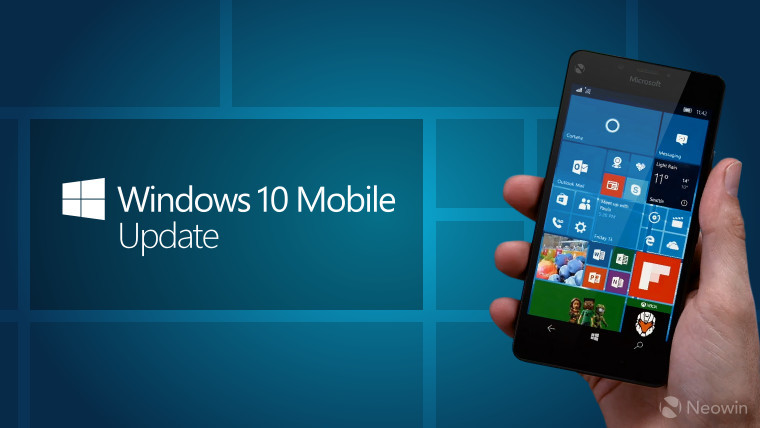 While Microsoft is already working on the Windows 10 Mobile Creators Update, the latest version officially available to those not on the Windows Insider Fast ring is the Anniversary Update (build 14393). But there are some handsets that were released with Windows 10 Mobile build 10586 onboard, such as the Coship Moly X1 and Acer Liquid Jade Primo, which haven't yet been able to install the Anniversary Update.

For those devices, Microsoft has today released Windows 10 Mobile build 10586.682. According to its release notes, this latest Mobile build includes "the same improvements and fixes" from build 10586.679, which it released for PCs last week.

Today's update is also being released for Windows 10 Mobile handsets on the Current Branch for Business, which hasn't yet transitioned to the Anniversary Update.

The update also appears to be available for devices that weren't officially eligible to upgrade to Windows 10 Mobile, but which were initially able to do so via the Release Preview ring of the Insider Program. Microsoft terminated that loophole in July, but it seems the company is rolling out today's update to those devices that had already upgraded to Windows 10 Mobile before then.