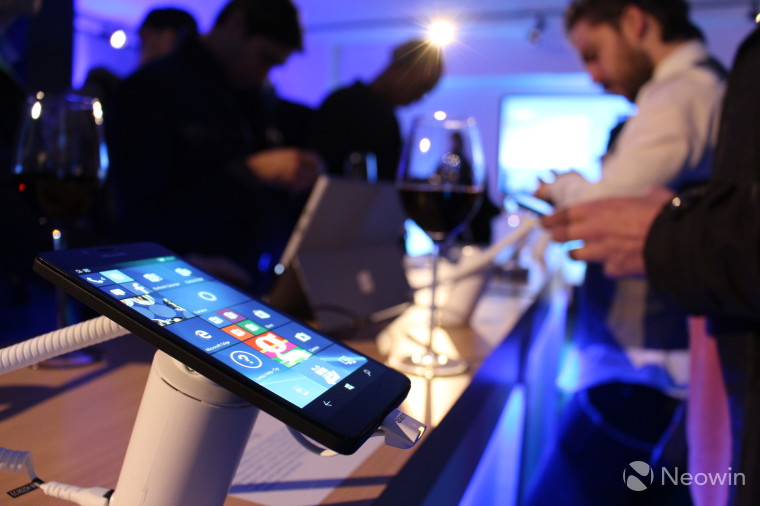 The latest tracking stats for Windows Phone have been released by advertising network AdDuplex, which monitors usage across its network to create a detailed monthly breakdown of Microsoft's mobile ecosystem. The reports capture a snapshot of worldwide usage across one 24-hour period - in this case, December 15, 2015.

As in recent months, the latest data show that Windows 10 Mobile continues to grow in usage, increasing from 5.7% of active Windows handsets in October, to 7% last month, and now up to 8.8%.

Part of this growth will likely have come from wider adoption of Windows 10 Mobile Insider Previews, but AdDuplex notes that Microsoft's new Lumia 950 and 950 XL flagships, along with the affordable Lumia 550, are also "contributing to this chart for the first time".

For yet another month, there's been virtually no change in the breakdown of Windows handset manufacturers; despite a negligible decline of 0.05%, Microsoft/Nokia continues to dominate the hardware landscape, making up almost 97% of all active devices.

In the United States, the Lumia 635 remains by far the most widely-used Windows Phone, making up a staggering 31.3% of active handsets - although that's down 1.2% compared with last month. In second place, the Lumia 640 continues to grow in popularity, jumping 2% in the last few weeks - no doubt thanks to Black Friday promotional deals which saw the device priced as low as $29.99 off-contract.

The entry-level Lumia 435 is also in the top-ten for the first time, displacing the older flagship-class Lumia 1520 into the 'other' category.

While neither of Microsoft's newest flagships have yet made it into the US top ten, AdDuplex notes that the smaller Lumia 950 is "more than twice as popular as the 950 XL" there.

It's the other way around in the UK, where the Lumia 950 XL is said to be "proving more popular than the 950". But low-end handsets still dominate the platform, led by the Lumia 635, which - despite being over 18 months old - has actually increased its share by 0.9% in the last three months.

In India, the Lumia 535 has a commanding lead over its siblings with 23.2% of the pie, followed by the old Lumia 520 on 14%, and the newer Lumia 540 on 8.5%. The supersized lower-mid-range Lumia 640 XL is the biggest device in the top ten - but the equally large new Lumia 950 XL hasn't yet appeared in AdDuplex's stats. However, the Lumia 950 has, "but there are 48 other [Windows] devices currently more popular than it".

You can check out a deeper overview of this month's AdDuplex report here, including a detailed breakdown of handset usage in France, Russia and Australia. AdDuplex will publish its full monthly report tomorrow on its website.