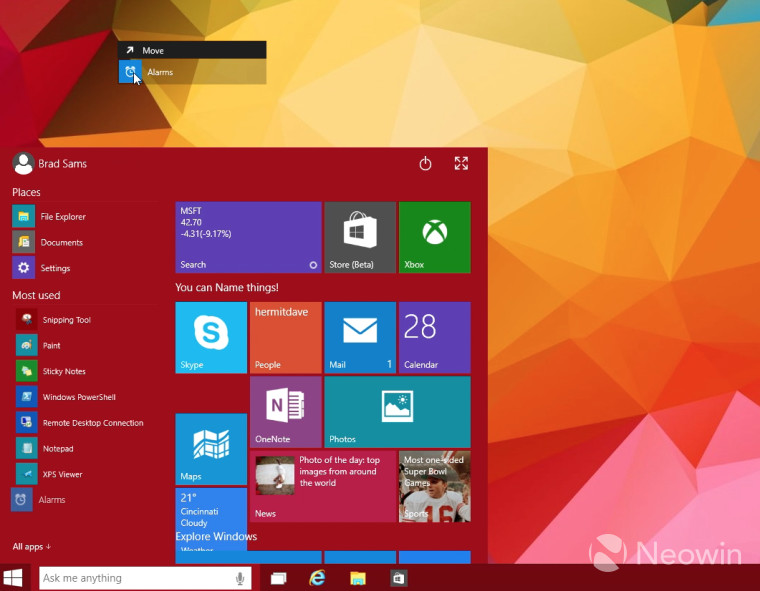 The latest version of Windows 10 that Microsoft released is full of features that were not talked about at the keynote. With new a new login screen and calendar widget, there are many hidden features that are coming in later versions of the OS.

One such feature that does not work in 9926 that previously worked in other builds of Windows 10 is placing modern apps on the desktop. In the latest version, if you try to drag a tile to the desktop from the right side of the menu where the large live tiles are displayed, nothing will happen. But, if you drag tiles from the left side of the Start menu, a new dialog window will pop-up that says 'move'.

Unfortunately, if you try to drop the app on the desktop, it does not stick. If you drag that same tile over the task bar, the dialog will change from 'move' to 'link' and you can then place that icon in the taskbar. 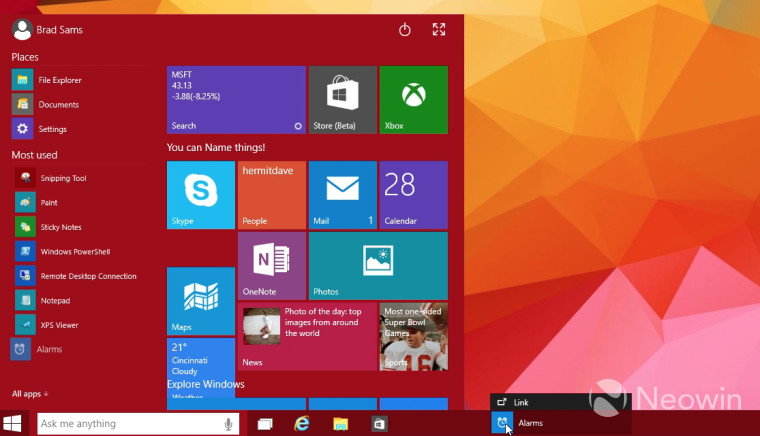 Based on mockups that we saw over the summer, Microsoft intends to allow you to place modern apps on the desktop and the fact that this functionality was available in previous builds leads us to believe that this feature will arrive soon with Windows 10. It is worth pointing out that in the previous builds, the experience was not feature rich which resulted in a static icon being placed on the desktop. We are not sure if Microsoft will allow you to place actual live tiles on the desktop but we do know that the idea was contemplated this summer.

For now, you can view the new dialog window by dragging an icon from the left side of the Start menu to your desktop and until Microsoft completes the functionality, this is as close as you can get to putting tiles on your desktop.