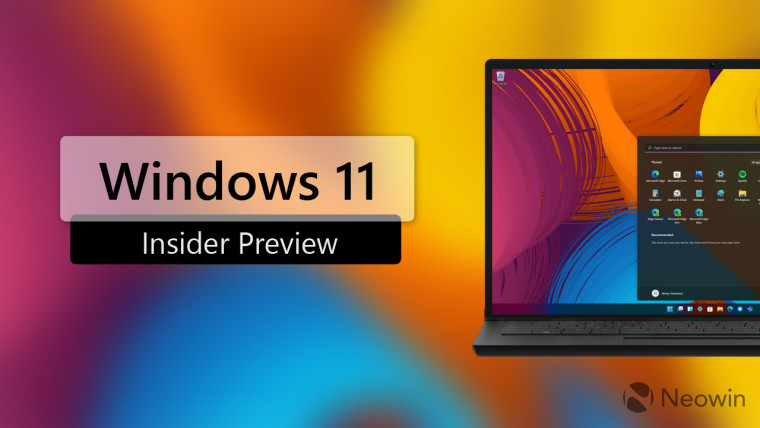 It's a new week, which means it's time for a new Windows 11 build. Just like last week, the new build today is heading to Windows Insiders in both the Dev and Beta channels. The release heading out today is build 22000.132 and it brings with it a bunch of improvements such as the availability of Teams chat for Beta channel users. The firm is also adding out one-to-one and group audio and video calling, making the experience more complete.

The build also features a few new in-box apps such as the new Snipping Tool that replaces both the old Snipping Tool and Snip & Sketch, bringing a unified solution. There is a new Calculator app that features the Windows 11 design language, and redesigned Mail and Calendar apps. Currently, these new apps are only rolling out via the Microsoft Store for the Dev channel, but it won’t be long before they will be made available for the Beta channel. The Microsoft Store update that headed to the Dev channel last week is also making it to Beta channel users this week.

Currently, the firm is releasing Windows 11 builds for the Dev and Beta channels simultaneously as it prepares the OS for release, which is why the improvements being made are small tweaks and not major features. The builds usually heading out to the Beta channel are expected to be more stable, as they will eventually be promoted to the Release Preview channel, which is the last step before general availability.

Additionally, this is the best time for users to switch to the Beta channel from the Dev channel and continue receiving Windows 11 builds that are part of the release that will happen later this year. Eventually, the Dev channel will move to a development branch that is not tied to any specific release. Those will bring less stable builds containing features slated to make it into the version of the OS expected to release next year.

With that out of the way, here are all the improvements made in this build:

As expected, the build also brings a few fixes that address issues and bugs, further bringing overall usability improvements. The firm has listed those in a categorized manner. Here are all the bug fixes made with this build:

Those running Dev and Beta channel builds can head to Windows Update and check for updates to pull Windows 11 build 22000.132. Additionally, you can also check out the list of known issues here. In case you want to move to the Beta channel from the Dev channel, you can check out our guide here.