After a couple of complaints in the European Union, way back in February 2010, it was decided that Microsoft must display a browser ballot screen to those living in Europe so that they can choose which browser they would like to use to try and stop the dominance of Internet Explorer. Until recently the browser ballot was not displayed in Windows 8, although today we've received word from a reader that an update brings it back. 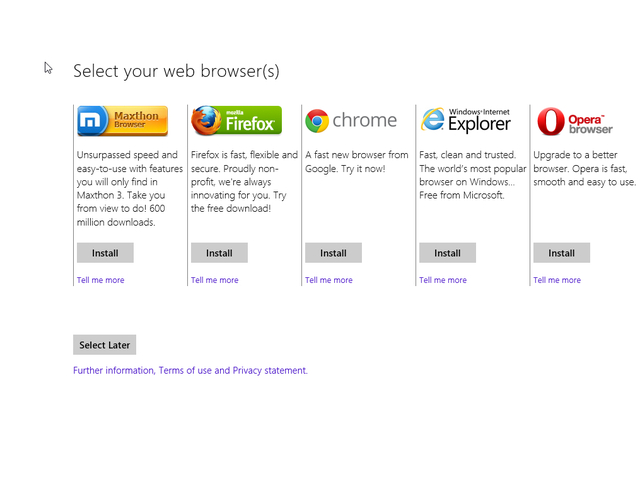 KB976002, the same update number as the equivalent Windows 7 update, brings the browser "Choice Screen" to Windows 8. Italian reader Stefano tells us that the browser ballot is shown as a Metro-style grey tile in the Start Screen, which launches automatically upon the next boot of Windows 8 after the update is installed. From there you get to choose from a number of browsers through a Modern UI application, and if you choose to skip you can simply launch the tile again. 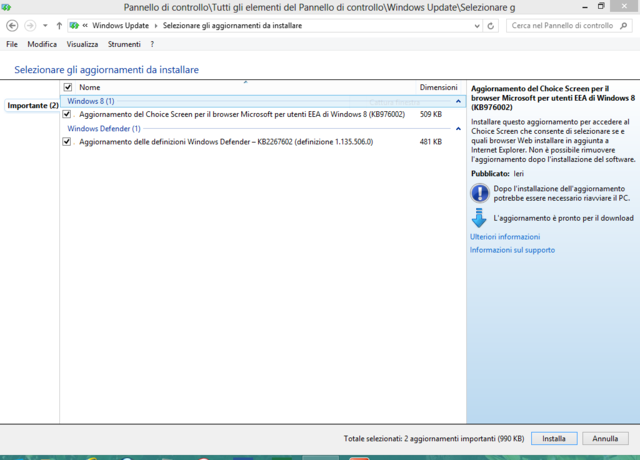 It's interesting that Microsoft has the capability to launch a Modern UI application straight from boot, which could suggest some clever hackers could find a way to boot the Desktop tile at boot - perhaps what the RetroUI folks did. Regardless, it now looks like folks in the EU will have to go through the browser ballot screen just like they did on Windows 7.

Thanks for the tip Stefano!