During the keynote, Microsoft said that they're focusing heavily on security with the updated release of Windows. One of the features they dug into later in the day is called "Provable PC Health," a cloud based service that checks your machine to determine whether it's been infected. Today we dig into another key security feature that Microsoft expects to be ubiquitous: Biometrics. 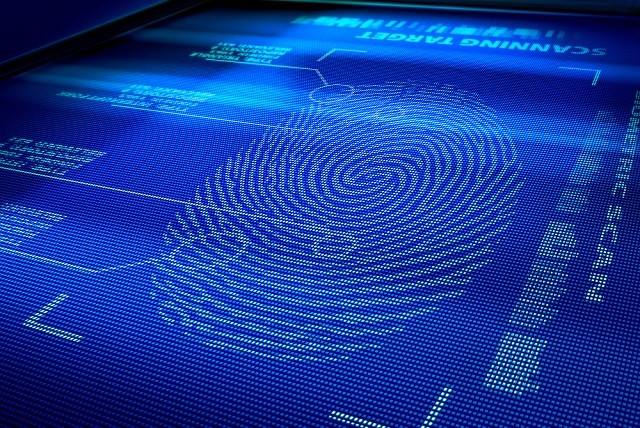 Chris Hallum, Senior Product Manager for Windows Client Security, gave us information about Microsoft's vision for implementing biometrics in the Windows Blue update. Specifically, the company wants fingerprints to be the best, easiest, and most common authentication method for all future computers and tablets. Although many laptops already have fingerprint readers built in, they require third party software and the registration process is difficult at best, two things that have been holding back adoption of the technology. In addition, the process is different depending on the software, and, aside from the Windows login process, most apps do not support biometrics. These things have delayed the adoption rates of biometrics.

To help meet this goal, Microsoft is teaming up with a company called Fingerprint Cards to produce high quality capacitive readers. They plan on working with OEMs to implement these readers in keyboards, laptops, tablets, and more. While Hallum was unable to give any specific release dates, he said they fully expect to see devices available by the end of the year. He also hinted that the Surface keyboard may receive this update first, but again this was not confirmed.

Unlike current readers that can be fooled with simple silicone replicas, modern scanners can tell whether the finger is alive or not. In addition, they work by simply placing your finger on the reader and not by swiping your finger along the scanner like current implementations.

Microsoft also expects that companies will embed this technology within their applications by using the provided API. A bank, for example, could create an app that shows your balance with just a password, but requires your fingerprint to withdraw money, thus improving security. Windows 8.1 will have this functionality included in Windows Store, Xbox Music, and Xbox Video to start. Unfortunately, this functionality will only be available in Modern apps.

Hellum was quick to point out that Microsoft has no plans to offer a way to centrally store a user's fingerprints. Integrating into Active Directory, while cool, would open up too many privacy concerns.

UPDATE: Chris Hallum reached out to clarify the comments on the Surface keyboard receiving a biometric reader in the near future. He said that he's not aware of any plans to implement readers on detachable keyboards since they may not be with the device when needed.