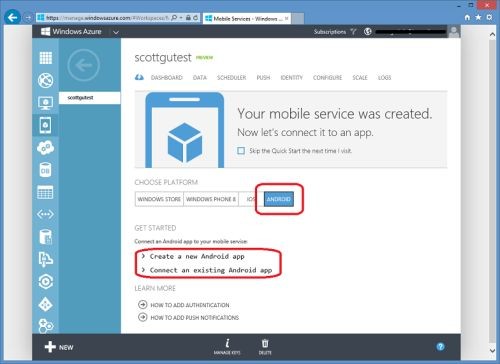 Microsoft has been busy on the Windows Azure front. Earlier this week, the division announced it had acquired the startup company MetricsHub. This week, Microsoft VP Scott Guthrie posted up word of a number of new additions and features for users of the cloud server service.

Windows Azure customers in the East Asia region can now access the Mobile Services support with this new update. Microsoft has also added SQL Reporting Services inside the Windows Azure management portal. The company has also launched a preview version that will let customers monitor their web applications. Guthrie states, "Web availability monitoring helps you understand the response time and availability of your web application from different locations around the world."