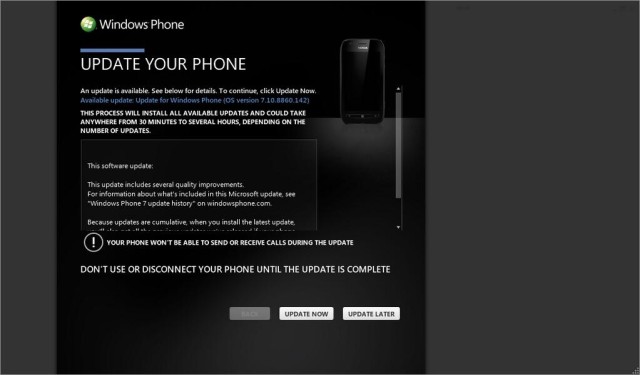 If you own a Windows Phone 7 device, Microsoft is now rolling out a new build of Windows Phone. The new build string is 7.10.8860.142 and is being pushed to devices as we speak.

If you have an older Windows phone 7 device and have been waiting for the new update since Microsoft stopped rolling it out, it looks like this new update fixes some of the woes of the previous update.

While the update arrived later than most expected, considering the 7.8 update was first announced in June, for those who have been waiting, it looks like your time has finally arrived.

Thanks for the tip Rahul!