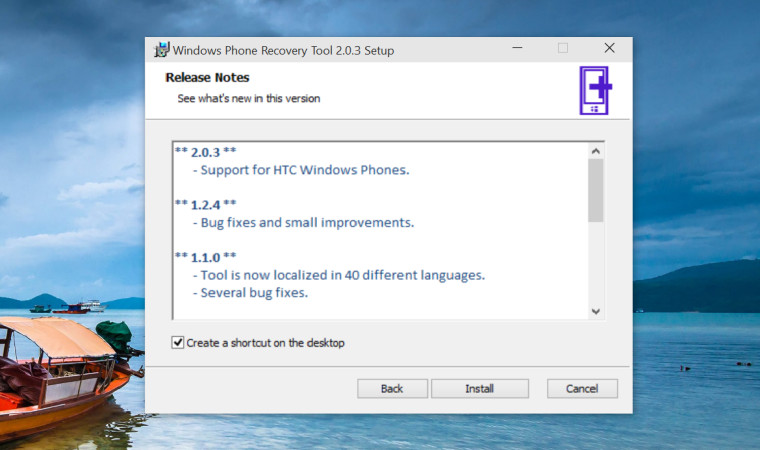 Microsoft recently updated its Windows Phone recovery tool to 2.0.3. The update includes a single major change, support for HTC devices. We have been told that the Icon and Lumia 930 will be supported in the next Windows Technical Preview, but haven't gotten a lot of information on whether any other non-Nokia/Microsoft devices would be supported.

The update is a good indicator that support for Windows 10 for Phones is coming to HTC devices, like the One M8 and 8X. Microsoft's Gabe Aul has promised that the number of devices would grow steadily and would include phones from different manufacturers, but has not provided a specific timeline or roadmap for support.

Regardless, it's nice to see support for multiple manufactures in a single tool that Windows Phone Mobile users can easily download, rather than hunting through your manufacture's support page. We will update you when and if the Windows 10 mobile update becomes available for HTC devices. In the meantime, you can find more information on the Technical Preview for Phones here.