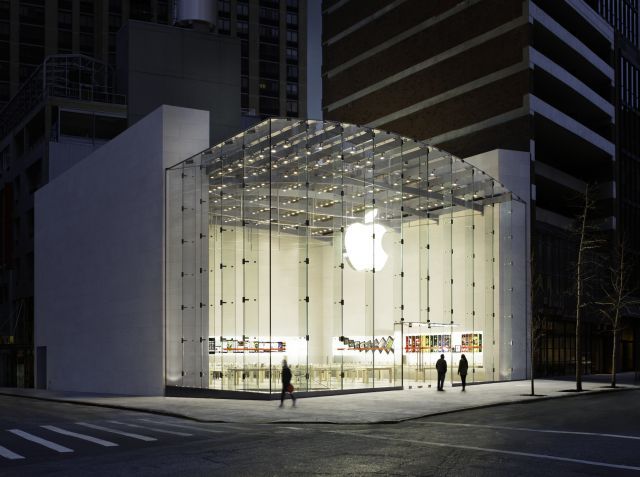 When Apple first launched its retail store operation over 10 years ago, the company decided it wanted to give the stores a more modern and high tech look. That included a lot of sleek designs like the one pictured above at the New York City Upper West side location. Apple stores also included glass doors for its store fronts. Now those same doors are the subject of a new lawsuit filed by a woman who had an unfortunate experiences with one of them.

The New York Post reports that Evelyn Paswall, 83, of New York City's Queens borough, has filed a lawsuit against Apple saying that the glass doors that it uses in its retail store locations are a "danger" to some people.

Paswall claims that she was returning an iPhone to the Apple store on Manhasset, Long Island on December 13th and didn't see that the glass doors were closed. She ran into the doors and claims she broke her nose in the process. She is now blaming Apple for her injury and is suing the company for $1 million.

Paswall says in her lawsuit that Apple " ... was negligent . . . in allowing a clear, see-through glass wall and/or door to exist without proper warning." In an interesting twist, the report says the same store does now have small warning strips placed on the glass doors; Apple itself has not yet commented on the lawsuit.