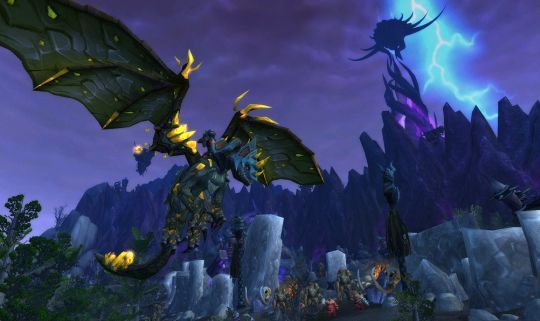 More and more MMO games are either launching out of the box with a free-to-play business model or switching after launch to offer a free-to-play option to play the game. Now the biggest MMO game that still has an exclusive monthly subscription is giving new players a way to play the full base game for free ... up to a point. Blizzard has announced today that it will be letting new players play the original version of its fantasy MMO World of Warcraft for free for as long as they want. The catch is that characters created in this new trial version will only be able to go up to level 20.

This new way to try out the game is being called World of Warcraft Starter Edition by Blizzard. It replaces Blizzard's earlier 10-day and 14-day trial versions. Indeed anyone who has played the game via those trial versions should be able to jump in with their previously created characters and start playing in the new unlimited World of Warcraft trial version. The new Starter Version was announced via an email from Blizzard's PR reps to the media but at the moment the trial is not yet available on the official World of Warcraft web site. This new move to bring in new players to the game comes as Blizzard admitted back in May that its subscriber base for World of Warcraft has actually decreased from its worldwide high of 12 million users down to "just" 11.4 million subscribers.