Earlier this month, we reported on Michael Thomasson, the official holder of the Guinness World Record for the largest video game collection in the world. With over 11,000 games - many of them still shrink-wrapped - the collection included titles from a dazzling array of systems as diverse as the BBC Micro, Sony PSP, Commodore 64, Neo-Geo, all three Xbox generations, and dozens more. 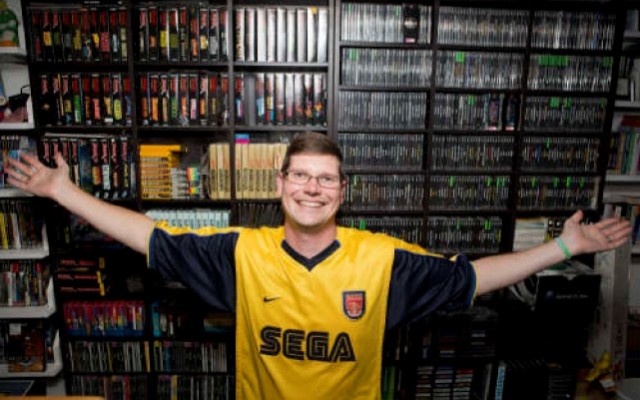 But as proud as he was of his collection, Thomasson put the whole lot up for auction, in order to use the proceeds to support his family. When we published our article on June 7, bids were approaching $100,000, but in the days that followed, they just kept on climbing.

As Engadget reports today, bidding has now ended (a couple of days ago, in fact - but we were all a bit busy playing video games to notice), and the bids certainly escalated since we last looked in. The auction was won by an anonymous bidder, who has agreed to pay an immense $750,250 for the collection.

Aside from wondering who was willing to part with such a massive sum, there's one important question that still remains unanswered: just how much were the delivery charges?