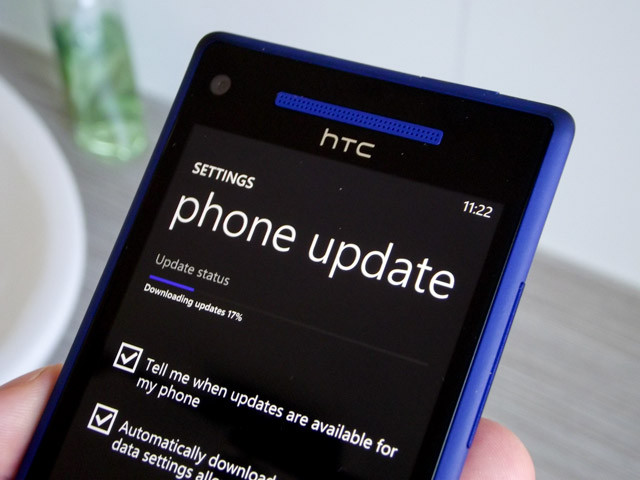 Microsoft is slowly rolling out the first update to Windows Phone 8, known as "Portico", to a number of devices, with both the AT&T Windows Phone 8X by HTC and the T-Mobile Nokia Lumia 810 receiving the update starting today. These devices now join the ranks of fully updated devices, including the international and T-Mobile HTC 8X, and the AT&T Lumia 920 and Lumia 820.

Both devices receiving the update today will be fully updated to OS version 10211; in addition to that the AT&T HTC 8X will be bumped to firmware version 10009 while the T-Mobile Lumia 810 gets bumped to firmware 1249. The update brings several new features to Windows Phone 8, including persistent Wi-Fi and Wi-Fi hotspot detection, SMS call reject, IE10 improvements, and a few other general tweaks here and there.

If you have either one of these devices, you will soon get a notification informing you of an update, or alternatively you can manually initiate the update by going to Settings → Phone Update and clicking Check for updates. The whole process takes around 15-20 minutes depending on how long it takes to download the update, so don't worry if it seems like it's taking a long time.