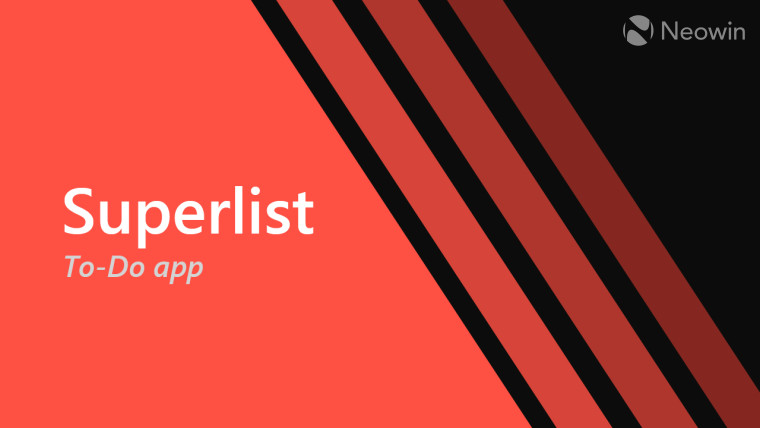 Wunderlist was a highly popular list to-do list app that Microsoft acquired back in 2015. It was the year that the Redmond giant acquired other productivity-focused apps such as Acompli and Sunrise as a part of its efforts to bolster its suite of productivity apps on mobile. However, the Wunderlist acquisition brought some complexities, which resulted in the firm launching Microsoft To Do, its own list taking to-do app.

The founder of Wunderlist, Christian Reber, left Microsoft soon after To Do’s launch and began working on a PowerPoint competitor called Pitch. With Wunderlist finally being shut down tomorrow, Reber has announced on Twitter that he will be launching a new service called Superlist. Reber terms the service “a fresh new take on supercharged team productivity”. While he will focus on Pitch, he says he will provide guidance and support to the Superlist team.

Today is a good day for reflection. With @Wunderlist closing down and @Pitch ramping up toward launch, I'm excited to announce a new company: @SuperlistHQ — a fresh new take on supercharged team productivity. https://t.co/YNmddyQxpP

The app is still in development and the company is looking for people to help build it. Reber adds that Superlist would be “more than just a to-do app, but never as bloated as the project management software you loathe to use”. He terms it “slick, fast, and hyper-collaborative”. It is likely that the service will be aimed at former Wunderlist users who have not adopted Microsoft’s offering.

It will be interesting to see what Superlist evolves into and how it will differentiate itself from other to-do apps that are available currently. As for Wunderlist users, that service will be retired tomorrow. Those that still haven’t moved their lists can do so by heading here.