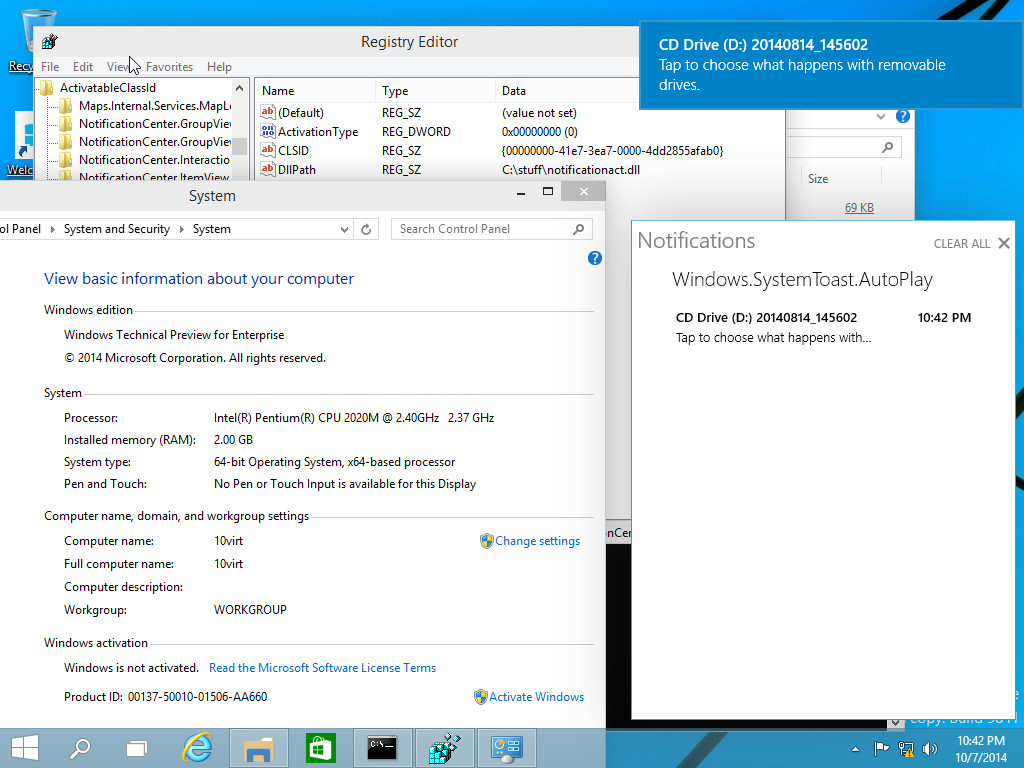 Yesterday we reported that a Twitter user named Adrian, had put together a patch that enabled a partially functioning Notification Center for the Windows 10 Technical Preview, which is currently disabled in build 9641. That patch was limited to x86 builds, but now a x64 version has also been made available.

The patch does not enable the shortcut in the taskbar though, and some users have reported varying results - from it not working at all, to limited notifications showing up (autoplay for devices being the most successful). The patch also needs to be run every time that a user wants to interact with it.

It's clear that this workaround is a limited one, so although you can grab the x64 patch here, consider for a moment if you want to run this 3rd party code on your system. If your Technical Preview is in a VM or not used as your "main machine", it will be worth a look, but we recommend giving this a miss if you are currently using Windows 10 as your primary machine.

Microsoft has promised incremental updates to Windows 10 during the preview phase, so we may not even have to wait too long to get the Notification Center enabled "officially" with all the bells and whistles that come with it.

If you are running the x86 version of the Technical Preview, go here for that patch, and some rather important feedback from users in the comments.