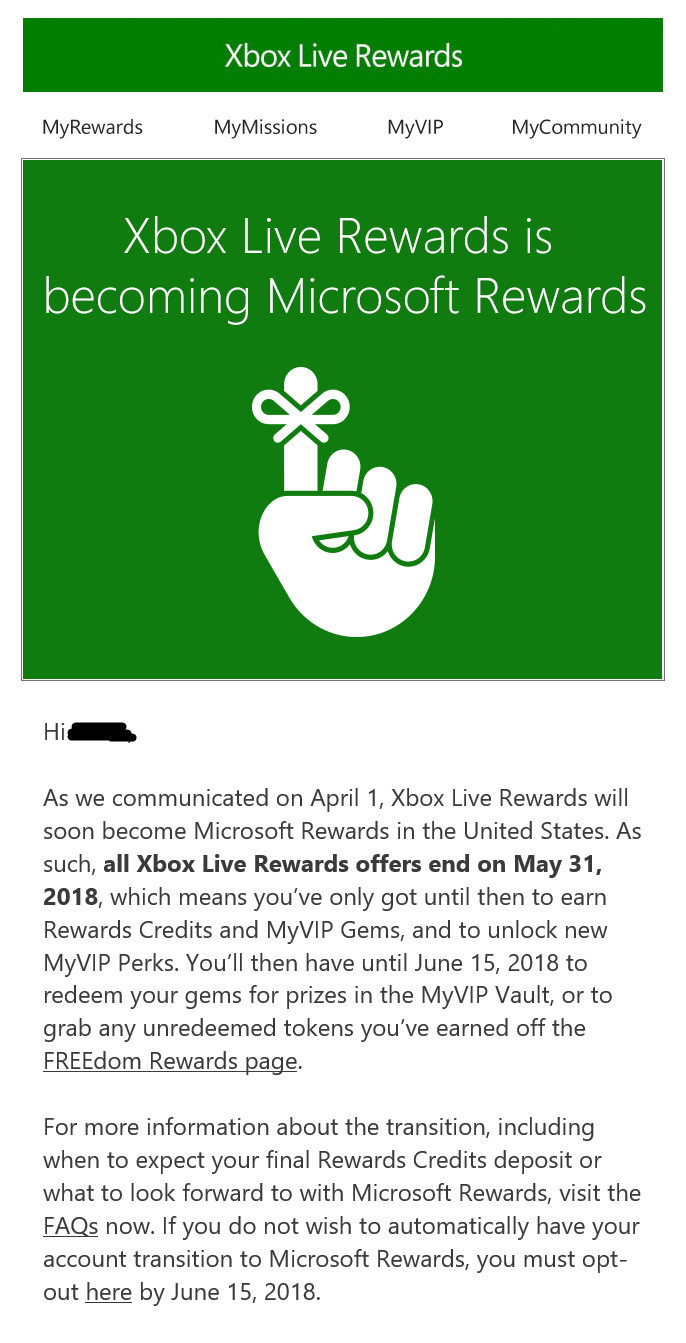 If you are unfamiliar with Xbox Live Rewards, it is a program that allows you to earn rewards and points by filling out surveys, playing games, purchasing content - movies, game add-ons and play free to play games to earn incentive points. These points allowed you to convert to Microsoft Points which could be used to purchase real world items in the Microsoft Store.

You have until May 31, 2018 to earn rewards credits and myVIP Gems and to unlock new MyVIP perks, and until June 15, 2018 to redeem your gems for prizes.

If you have any concerns or wish to opt-out, you should follow this link to the Microsoft Xbox Live Rewards FAQ page: https://rewards.xbox.com/en-US/faq/#ms

The news comes after Microsoft broadened the availability of its rewards program, which had originally started out as Bing Rewards before being renamed to Microsoft Rewards in August 2016, to reach a total of 21 countries.