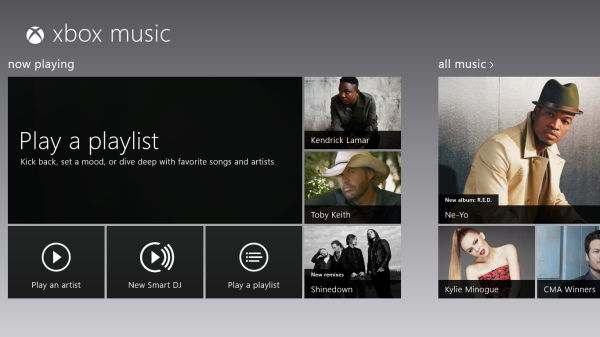 Microsoft continues to be pretty quick to release new updates for its in-house Windows 8 apps. Today, it's the Xbox Music app's turn for an upgrade, which can be downloaded right now via the Windows Store.

The release notes for the Windows 8 update state that this new build is supposed to have "improvements to simplify access to streaming music for free." The new version is also supposed to make it easier to move from a free trial subscription for the Xbox Music Pass service to the paid version. There's also been some fixes for "occasional playback concerns" and Microsoft has adding in additional bug fixes that have not yet been detailed.

All in all, this seems to be a relatively minor update to Xbox Music and while it may have some performance boosts, this new version may not be enough to satisfy the many users of the app who have complained about it in Neowin's forums since it launched. They have commented that Xbox Music does not have the same amount of functionality that Microsoft's Zune player once had.

Hopefully, we will see more features and improvements made for Xbox Music in the weeks and months ahead.