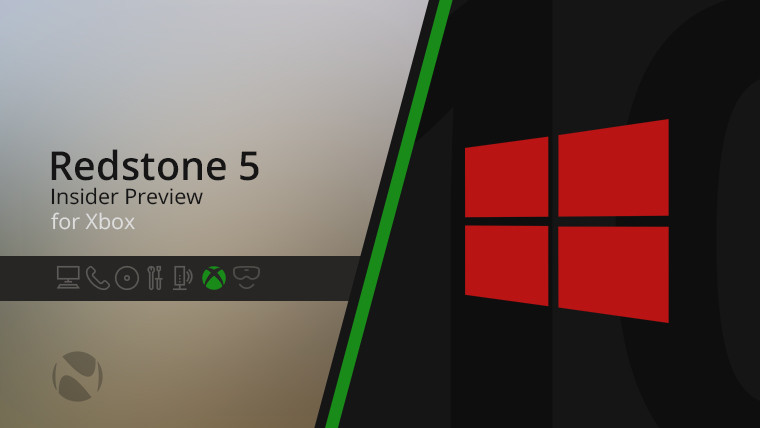 Today, Microsoft released another Xbox One Insider Preview to members of the Skip Ahead subset of the Preview Alpha ring, which is build 17712.2000, or 1810.180706-1920. Unfortunately, it comes with some bad news, which is that installing it will perform a factory refresh on your Xbox One console.

You might have noticed that since Microsoft started flighting Redstone 5 builds for the Xbox One, some of your apps might have been missing or unable to launch. It turns out that the core OS was corrupted, and that requires a factory refresh.

Note that a refresh and a reset are different things. Your apps and games will remain installed, so you won't have to spend time reinstalling everything. You'll lose some data though, as you'll need to go through the out-of-box experience again.

This is absolutely the cost of being in the Skip Ahead ring, and it's probably a good thing that this happened so early in build flighting for Redstone 5. The truth is that Xbox Insiders have always had it pretty easy when it comes to stability, even when it was the Xbox One Preview Program. When Microsoft introduced the Skip Ahead ring, this is the first time Insiders have had the chance to take a real risk in favor of new features.

Now, you're getting a good look at what that risk entails. This can be a learning experience for you and you can switch to a lower ring while doing a factory reset on your console, or you can soldier on. Remember, something like this could happen again, and you should be prepared for it.

Sadly, there was no way around this. While Microsoft said from the beginning that there weren't going to be new features right away, you didn't have the chance to hold off until there were. Skip Ahead signups were for a limited time, so you were either in or out from day one. Unless you disconnected your console from the internet the moment you signed on, there was no way around installing these corrupted builds.

Alongside of that important fix, there are a few other fixes of note in the changelog:

My Games and Apps – Launching Titles

My Games and Apps – FastStart

And just as you should have guessed, there are some known issues to be aware of:

Historically, Xbox Insider Previews have been pretty stable, even in the hyper-fast Alpha ring. Right now though, the Alpha ring isn't even testing anything, meaning that Skip Ahead isn't skipping ahead of anything that's currently in testing. If you want a hint about what's to come in terms of stability, keep in mind that it seems that at this time, Microsoft deemed Redstone 5 even too unstable for the Alpha ring.