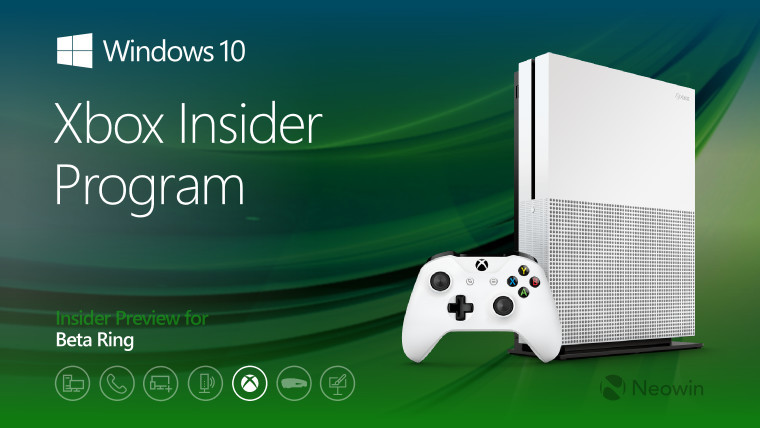 It's been just over a week since Microsoft announced the next monthly feature update for the Xbox One family of consoles, releasing the first preview to Alpha ring Insiders. Today, those on the Preview Beta ring are getting their first taste of version 1806 with build 17134.4016, which was first released to Alpha ring Insiders yesterday.

Today's release is notable, because the Alpha ring is still invitation-only, so this is the first time that version 1806 is available to anyone that wants to sign up for it.

Here are the new features that you'll find in the build:

Group Your Games and Apps

In this build we are enabling the Groups feature for all of the Preview BETA ring. You’ll need to take the new system update once available, and then perform a full power reboot of the console before Groups will be enabled for you.

With so much content available, fans have asked for more options to organize libraries of games and apps. Today, we’re introducing a powerful new enhancement to Pins, which we call “Groups.” With Groups, you can create multiple collections of content made up of anything from within My Games & Apps. You can also assign custom names to each Group, organize and order them, and add individual Groups to Home. Groups will appear across My Games & Apps, Home and Guide, so you’ll be able to access your Groups at a moment’s notice. Best of all, Groups are tied to your Xbox Live account, so they will automatically sync across multiple Xbox One consoles. We’ve started you off with a Group that should look very familiar — your Pins! To get started, open the Guide and click on the My Games & Apps button to access your Groups or start adding to them!

Searching for content is now even easier! Now pressing the Y button anywhere in the dashboard will bring up the search dialog. This process is found in many apps, but now you can do it anywhere within the dashboard. Not seeing enough results for your search? Hit enter or click the “more results” button to view a full page for your search results.

The Narrator feature on Xbox One now supports five additional languages, including Spanish, Portuguese, Polish, Swedish, and Dutch. We’re also adding an Australian version of English language for Narrator, so Australian users will no longer have to select US or UK English in order to use Narrator.

A subset of Xbox Insiders may see some experimental features in addition to what’s listed above. These are designed to gauge interest and solicit feedback from a more focused group. For example, some users will be able to share game-specific stats amongst your friends right on your home page. While others may find greater functionality within Clubs.

The new build started rolling out to the Preview Beta ring last night, so if you're signed up, you can install it right now through the Settings app.