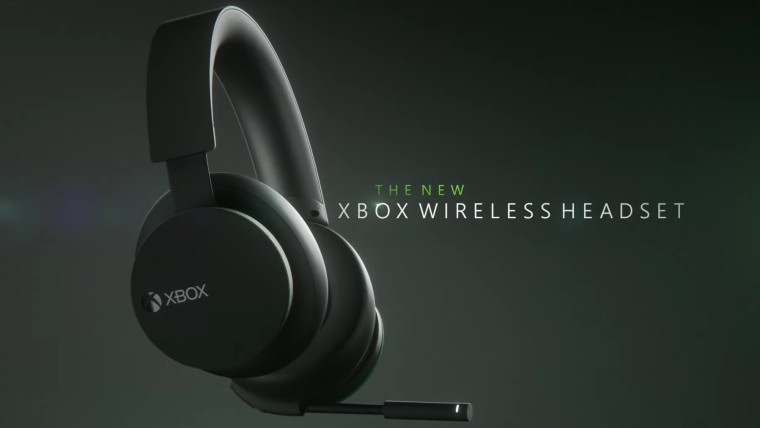 As announced last month, Microsoft has launched its Xbox Wireless Headset in 30 markets around the world, and in the U.S., on its own website the new headset has already sold out at the time of writing. The new accessory had been available for preorder since Feb 16.

It's built on the same Xbox wireless technology as the controllers, so Microsoft promises low latency lossless audio, and on top of that, you get support for multiple spatial audio technology. Dolby Atmos DTS Heaphone: X, and Windows Sonic are all supported. If you want to, you can also use it with PCs and smartphones with a Bluetooth connection.

The headset's design is unique in its own right, featuring rotating dials on each earcup, somewhat similar to Microsoft's Surface Headphones. Here, one of the dials adjusts the volume, while the other adjusts the balance between game and chat audio, so you can prioritize hearing your friends or the game as needed. In terms of looks, it should fit right in with the latest Xbox consoles with a fairly minimalistic design.

Microsoft also announced that it has partnered up with Dolby to offer Dolby Atmos for Headphones activation through the Dolby Access app in two simple steps:

On the app loading page, you’ll receive a notification at the bottom of the screen confirming activation “Dolby Atmos for Headphones is ready for use” which can be verified by the Xbox Wireless Headset trial countdown in the upper right corner of the app Home screen. The free activation lasts until 11:59 UTC-12 on September 30, 2021 after which you will be required to purchase via the Dolby Access app.

The Xbox Wireless Headset will be available at several retailers, including Amazon in the U.S. and in the UK. Although at the time of writing some appear to not have them listed as available to purchase yet, but they should show up sometime today for $99.99.